Led bulb scheme: LED bulbs being available for 10 rupees, know how and where to apply 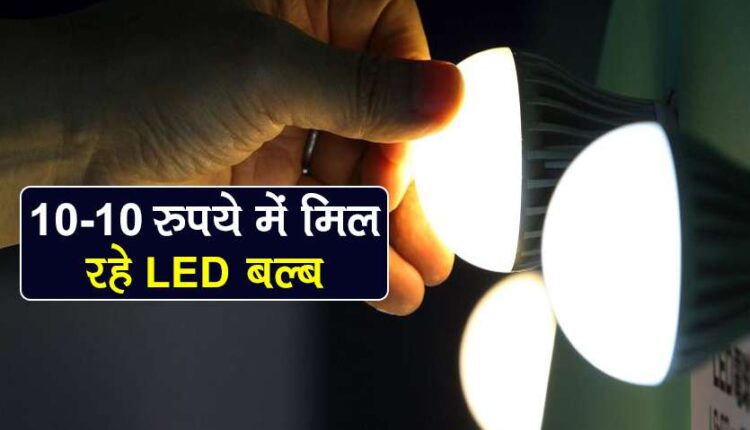 new Delhi.
EESL Ujala Led Bulb Scheme: Efficient Services Limited (EESL), a joint venture company of the central government, is launching the rural Ujala scheme soon. Under this scheme, people will be given a 9 watt LED bulb for 10 rupees (10 rs Led Bulb Scheme). Explain that till now an LED bulb of up to Rs 70 was being given to customers under this scheme (Schemes) in urban areas.

There is a plan to provide 60 million bulbs in the Gramin Ujala Yojana. Let us know that EESL has been providing LED bulbs, low energy consumption tubelights and fans at very low prices since last few years. This move of the company is being said to promote Make in India.

Bulb will be available for 10 rupees
Explain that the biggest lighting program is being run by EESL. The LED bulb, which was sold for Rs 310 in 2014 under the government’s UJALA scheme, has now come to Rs 70. Now this scheme is also being started for the people of the village. In such a situation, the villagers will also get bulbs for 10 rupees. Let us know that the government is running the village Ujala scheme under the Clean Development Mechanism (CDM) of United Nation, which has the advantage of claiming carbon credit.

1 crore bulbs in the first phase
One crore LED bulbs will be made available first under this scheme. The total investment for this will be Rs 4000 crore. Of which 600 crore rupees will come from rural consumers and the rest will be met from carbon credit revenue. Similarly, all the bulbs will be offered in stages.

BPCL becomes digital, cylinders can be booked with just a missed call or message

How will you get benefit
18 per cent of the 36 crore LED bulbs are distributed in rural areas under the Village Ujala Scheme. Access to electricity in rural areas will also be encouraged under the village Ujala scheme. You can contact the company with the start of the plan.