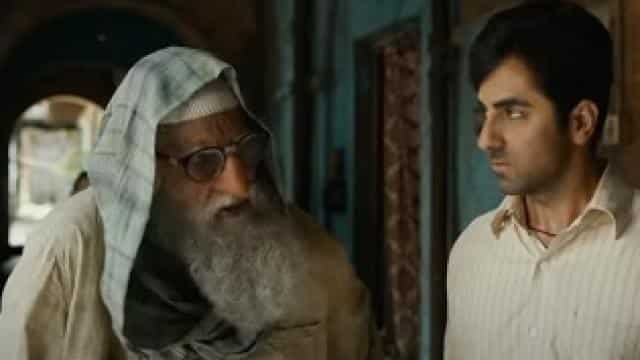 The trailer of Amitabh Bachchan and Ayushmann Khurrana’s film Gulabo Sitabo has been released. Please tell that through this film, the two stars are working together for the first time, so the fans were very excited about this film. The film could not be released in theaters due to the lockdown, so the makers decided to release the film on the OTT platform. Now that the final trailer has been released, the fans are giving their reaction on it. While most people have praised the trailer, some did not like the trailer much. So let’s see what users are saying by watching the trailer-

#GulaboSitaboTrailer not upto the mark.

#GulaboSitaboTrailer @SrBachchan wowww Gulabo Sitabo soooo refreshing to the eyes mind and those cute bakri story everything seems sooo full of CONNECTION every scene such wonderful eye catching characters..At last Film Industry growing up and bringing something to THE HEART

If you talk about this film, then its story is about the ongoing battle between a tenant and a landlord.

Speaking to Mumbai Mirror, the director of the film, Shoojit Sarkar said that as a filmmaker, I would like my film to be released in theaters, but no one has experienced the atmosphere like today, so if needed I am ready for a digital release. However, all major decisions related to the film will be made after 3 May.

Made in India Producer Outkey Launched, Helped to Protect Corona from Infection