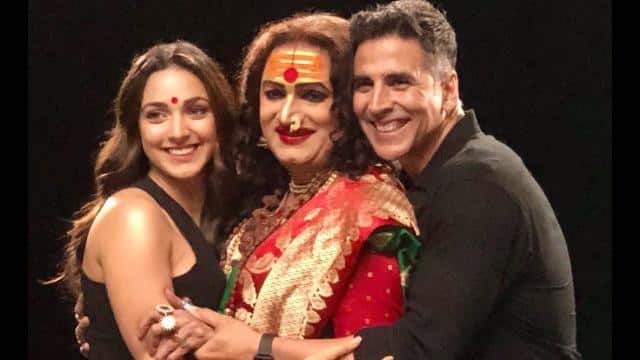 Bollywood actor Akshay Kumar is engaged in the promotion of the film ‘Laxmi Bomb’. On social media, he has shared photos of the film’s lead actress Kiara Advani and activist Laxmi Narayan Tripathi. This photo is from the Kapil Sharma show. Sharing the photo, he wrote, “Three, there is not always a crowd! Team Laxmi Bomb with Asli Laxmi on the set of ‘The Kapil Sharma Show’ today! ”

Reacting to his post, Kapil Sharma wrote, “After such a long time I once again had a lot of fun shooting with you. You were as brilliant as ever. Love and respect. Many congratulations to you and your team.”

I think my film promotions are incomplete without your show now … either it’s that or you bribe all my film’s marketing team 😂😂 But seriously thank you for a fun day, see you soon 🤗 https://t.co/qD9uLAbd1P

Let us know that the first song of the film ‘Burj Khalifa’ has been released. Akshay shared the teaser of the song with a social media account and wrote, “The biggest dance track of the year.” Shashi is sung by DJ Khushi and Nikita Gandhi together. Along with this, Shashi has also composed the song. At the same time, Gagan Ahuja has written lyrics.

When will the film be released

‘Lakshmi Bomb’ is set to release on Disney and Hotstar on 9 November. The film was initially scheduled to hit theaters on May 22, but due to coronovirus, it was scheduled to release not on theaters but on the OTT platform.

Big gift given to 1.5 crore farmers of the country before Deepawali, Rs 1.35 lakh crore released