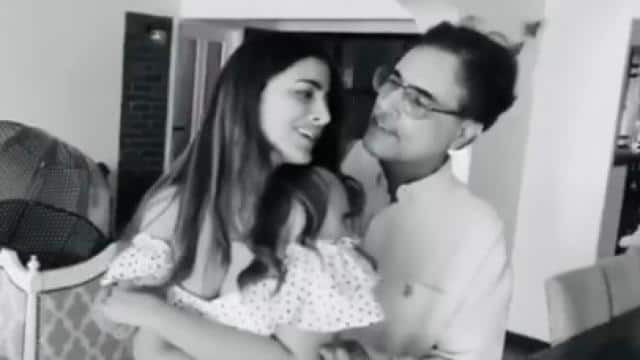 Bollywood actress Kriti Sanon’s sister Nupur Sanon has become famous after working in the video song ‘Filhaal’. In this, she was seen opposite Akshay Kumar. These days Nupur is very active on social media. He is sharing a video with his father, which fans are very fond of.

In the video, Nupur is seen dancing with her father to the song ‘Pyaar Hua Iqrar Hua’. In the video, there is a strong bonding of father and daughter. Sharing this, Nupur wrote in the caption, “This video makes me very happy. On one side is my dad, who loves to dance and on the other side, he is a little girl dancing with my childhood hero is.”

Know that Part 2 of Nupur Sanon’s music video ‘Filhaal’ is ready for release. Recently, Akshay Kumar announced ‘Part 2’ on social media. While releasing the poster, he wrote that the love story moves forward with another song. Hashtag Currently Part 2.

Significantly, Nupur’s ‘Filhaal’ song with Akshay Kumar was released, which was loved by the audience. This second part is also sung by Singer B Prak. This song is based on an incomplete love story, in which two lovers are unable to meet due to the rules made by the society. Now with other songs this love story will be seen moving forward.

Reliance AGM to be online for the first time, to participate in 1 lakh Share Holders meeting

Mukesh Ambani, just one step back in the list of world’s top 5 rich, know who left behind