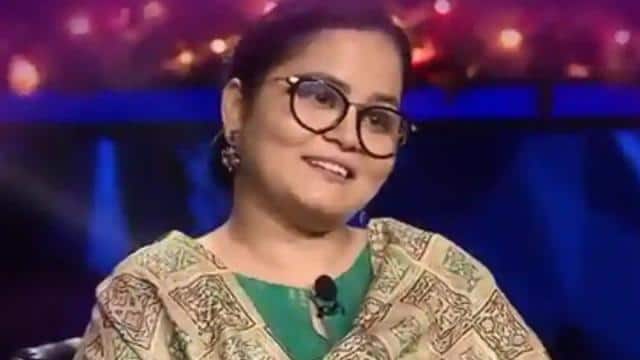 Nazia Nasim has become the first millionaire contestant of Kaun Banega Crorepati 12. She won Rs 1 crore in Wednesday’s episode. After this, Amitabh Bachchan put the 16th question in front of him which was of 7 crores rupees. Nazia was not sure about the answer. He also had no lifeline left, so he decided to quit the show.

It was a question of 7 crores rupees

KBC 12: Nazia Naseem became first millionaire contestant of this season, know this was the question

After quitting Nazia’s show, Amitabh Bachchan sought to know from her what her answer would have been if she had played. On this, Nazia called the ‘National University of Singapore’. Amitabh Bachchan said that this answer is wrong. The correct answer to this question is ‘Cathay Cinema Hall’.

Let me tell you that before this, Nazia had given the correct question of one crore rupees.

Question– Which of these actresses has ever won the National Film Award for Best Playback Singer?

Shweta, sister of Sushant Singh Rajput, is teaching her children Bhagwad Gita, said – this is the way to reduce heartache