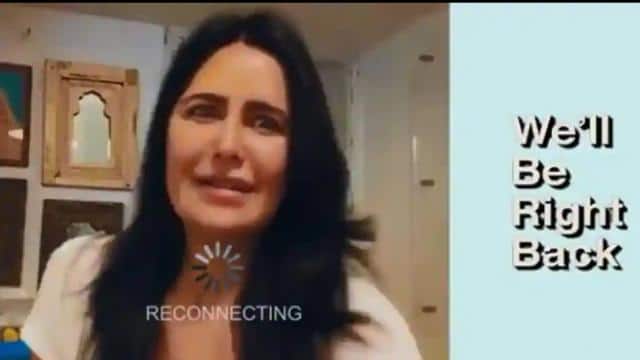 Katrina Kaif has talked about her struggle with technology in the latest post. While sharing a funny interview video, Katrina has described herself as ‘clumsy’. This video has been shared by the actress on Instagram. In which she is trying to connect with people online.

Not being technology friendly, Katrina accidentally connected different people on video calls. Which includes his fitness trainer Yasmin Karachiwala and Alia Bhatt’s sister Shaheen Bhatt. The word ‘Nob’ is shown at the beginning of this video of Katrina. Which means – ‘a person is inexperienced in a particular area’.

During the online calling in the video, Katrina is making many mistakes. Such as turning off her camera or blaming her network because she was disconnected with the person on the other side. She even forgot to close the virtual meeting before talking with her sister.

While sharing the video, Katrina wrote- ‘For those who are not aware of technology. This year, who has spent so much time in his life to cope with the issue of connectivity. Turn on your wifi, turn off your wifi, are you on 4G? ‘Yes I am’. Most importantly, start the conversation only after closing the live session. This video of Katrina is very much liked by the fans. The fan wrote praising Katrina – ‘You still look beautiful.’ Another user wrote – ‘Your side also liked it very much.’ At the same time, a fan asked why you are so cute.

Let me tell you that Katrina Kaif will be seen in the upcoming film ‘Phone Bhoot’. The film also stars Ishaan Khattar and Siddhant Chaturvedi. Apart from this, she will be seen in Rohit Shetty’s film Suryavanshi. The film was scheduled to release this year, though due to the corona virus, the film would be released in 2021.