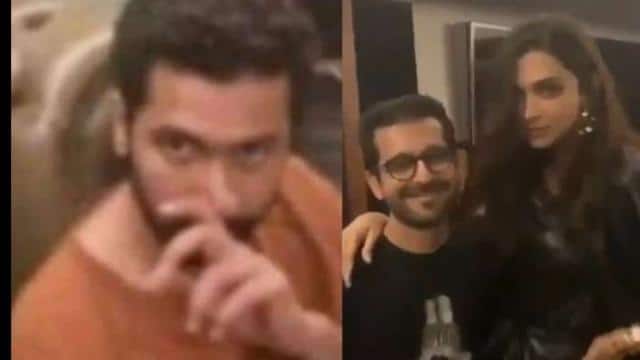 The Narcotics Control Bureau has also started its investigation in Sushant Singh Rajput case after the drug angle came out. It may be known that recently, ED had shared information about Riya Chakraborty with the Narcotics Control Bureau. In such a case, NCB has registered a case against Riya and others. Meanwhile, an old video of Karan Johar’s party has again started going viral on social media.

The party was attended by stars like Deepika Padukone, Malaika Arora, Arjun Kapoor, Shahid Kapoor, Varun Dhawan, Zoya Akhtar, Ranbir Kapoor, Vicky Kaushal. It was alleged that Karan Johar had a drug party at his house, in which all these stars attended. Now social media users are targeting all the stars with this video.

This is the REAL side of Bollywood; Bloody drug addicts. Sushant wasn’t a drug addict like them, that’s why he was an easy target for them; that’s why he wasn’t invited to their parties; that’s why they didn’t stand for him. #RheaDrugChat#RheaChakrobarty#TakeSandipInCustody pic.twitter.com/yNVfG9yCMC

Entire Bollywood gang is the supplier of drugs ….. thats why all star are silent ……. from now onwards just boycott all so called star and promote new one #RheaDrugChat#JusticeforSushantSingRajput#ArnabGoswami

Riya Chakraborty clarified on Sushant Singh Rajput’s accusations of enjoying money, said- he used to live like a king

Dhuan Dhuan..Drugs is everywhere !! Mr. Nasiruddainshah is it not sickening? So Mr @karanjohar u were the party organiser right? That’s why entire Bollywood is keeping mum ?? It must b known to everyone, who is running th bznz? @ishkarnBHANDARI @Republic_Bharat #RheaDrugChat pic.twitter.com/yepL958hZA

One user wrote, ‘This is the real identity of Bollywood. Sushant was not a drug addict like him. Therefore he was not called to such a party. And this is the reason why these stars did not stand with them. Another user wrote, ‘The entire Bollywood gang is a drug supplier. That is why everyone has kept silence. At the same time, after sharing a picture of Vicky Kaushal from the video, a user commented, ‘How is Josh after taking the dose. It is now clear that the whole of Bollywood consumes drugs. ‘

How is josh after taking the dose
Now everything thing is clear whole bollywood consumes drug. Thats why Maha govt was helping culprits as their whole industry will be in danger #RheaDrugChat #JusticeforSushantSingRajput pic.twitter.com/gz6bCU0Lu1

On the other hand, actress Kangana has spoken of helping the Narcotics Control Bureau in the Sushant case regarding drug angle. Along with this, they have also demanded security for themselves.