Kapil Sharma asked Neha Kakkar – Did you charge a fee to perform in your own wedding? Singer said this for father-in-law 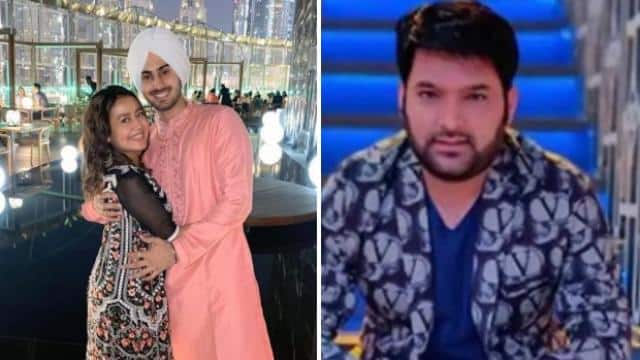 Singer Neha Kakkar recently got married with boyfriend Rohanpreet Singh. The videos and photos of their marriage went viral on social media. Recently, the two arrived together as ‘The Kapil Sharma Show’ guests. Here he told the story from his love story to meeting each other, talking and expressing love. Meanwhile, Kapil Sharma asked Neha Kakkar if you had taken fees from in-laws to perform in your own wedding?

At first, Neha and Rohanpreet Singh laughed at this funny question of Kapil, after which Neha asked for father-in-law that he would not back down even if I had asked him for fees for performance. They would also offer their prayers.

KBC 12: Anil Kumar quizzed the game on the question of 12 lakh 50 thousand, this was the question

Then one day Rohanpreet told Neha that he cannot live without them, let’s get married. When Rohanpreet was having a drink, Neha felt that he would forget this thing the next day. Neha further revealed that she arrived in Chandigarh for the shoot on the second day. Rohanpreet came to the hotel and reminded them of the wedding again. After this Neha told Rohanpreet to meet my mother.

Neha told that her mother loved Rohanpreet’s smile. He further said that he and Rohanpreet’s parents had no objections about their marriage.

December 31 is the last date for filing ITR, if you did not submit, then late fees have to be filled

Special message to the fans of wife Hema Malini on Dharmendra’s birthday, said- always want your love and blessings