Kangana told why everyone hates me 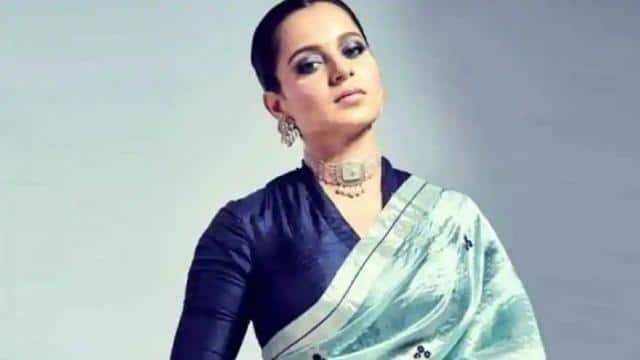 From Bollywood controversies to the peasant movement, Bollywood actress Kangana Ranaut, who is open hearted on every issue, said that most people hate me because of my honesty and honesty. The actress has said that despite everyone’s hatred, I feel comfortable that I am not killing my conscience.

On Twitter, Kangana wrote, “I have always been honest about the film industry, so most of them are against me. Most of the Hindus hated me when I opposed reservation. During the release of ‘Manikarnika’ I did Rajputs also threatened me to fight together. When I stood up against Islamic fundamentalists, Muslims started hating me. I fought Khalistanis and now most Sikhs have turned against me. “

I have been honest about the film industry so most of them are against me, I opposed reservations most Hindus hate me, during Manikarnika’s release I fought with Karni Sena so Rajputs threatened me as well, I oppose Islamists many Muslims hate me, I fought with Khalistanis … 1/2 pic.twitter.com/2Eu4RENQWm

Kangana Ranaut wrote in another tweet, “My well-wishers tell me that no party likes a pollster like me. Obviously that’s why no political party appreciates me. Most of you One must wonder why I do what I do? The answer is that there is a world beyond this world where my conscience is appreciated. “

So now most Sikhs are against me, my well wishers tell me no political party likes a vote repellent like me, so clearly no political party appreciates me, most of you wonder why I do what I do. Well in a world beyond this world in the world of my CONSCIENCE I am appreciated ❤️

Kangana Ranaut has written these things on social media when a complaint has been filed against her in Gaya, Bihar. In fact, Kangana retweeted a tweet on 3 December, in which RLSP leader Upendra Kushwaha was called Azad Kashmir. In the photo during the Bihar elections, other leaders were described as Lutyens Liberals, Jihadis, Urban Naxals, Communists and Khalistani. A complaint has been registered in this case.

Along with this, RLSP issued a statement on Thursday, saying that the State President of the Law Cell, Mr. Shyambihari Singh, will file a lawsuit against Kangana Ranaut in Patna in the presence of National General Secretary Fazal Malik and other senior leaders in Patna Civil Court.

Kangana is also constantly targeted by her opponents on the rhetoric about the farmers’ movement. The war on social media has been very popular with actor-singer Diljit Dosanjh on this issue. Kangana described an old Sikh woman as a protester of Shaheen Bagh. However, Kangana later deleted the post, but this thing has continued with both Diljit and since then both have continued.

PMMY: This scheme is beneficial for women, will get rid of processing fees with guaranteed loan