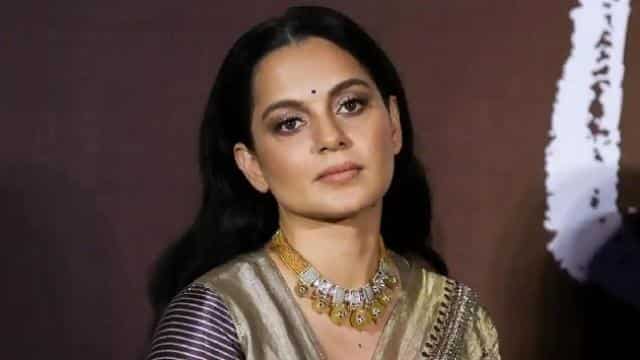 Bollywood actress Kangana Ranaut, who is known for her impunity along with acting, has fiercely targeted Bollywood on the issue of apartheid. Kangana has said that the Indians who advertise Fairness Cream are speaking out on violence against blacks, nothing is bigger than this. He taunted that Bollywood celebrities speaking on the social issue of America are silent on the killing of the monk in Palghar.

Bollywood celebrities are also expressing their opinion on the issue of police brutality of black George Floyd in America. People associated with the film industry are expressing their support through #BlackLivesMatter and #BlackoutTuesday. Meanwhile, Kangana Ranaut has raised the question that the influential people of Bollywood keep silence on issues like Palghar in the country and speak openly on the socio-economic issues of America.

Kangana said, “I think it has become a fashion to be a part of what is relevant to the West.” But Asian celebrities and actors are very influential in the country. I do not know why they are joining the social political reform of America. A few weeks ago, when policemen handed over two sadhus to the crowd and murdered them publicly, no one spoke a word. Because perhaps he was associated with the majority spirit. ”

Kangana also targeted that most celebrities advertise fairness products with crores of rupees. But don’t hesitate to give support on issues like ‘Black Lives Matter’.

Kangana said, “Indian celebrities have been advertising all kinds of fairness products and today shamelessly stand up and say ‘Black Lives Matter’.” I mean how dare they? Our industry does not give such roles to black people, which according to them is for white people. Why no one asks them how to advertise fairness products in crores and then suddenly they are saying that Black Lives Matter, because the roots of racism are very deep and when you commercialize such incidents then it is the humanity Is the lowest level. ”

He also alleged that celebrities readily support minorities’ issues, but refrained from giving their support to the majority. Kangana said, “It is more easy to associate oneself with minority sentiments in India.”