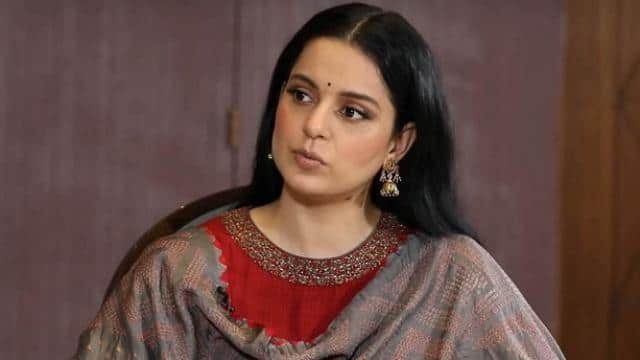 Kangana Ranaut is always in the headlines for her statements. Kangana has now praised UP Chief Minister Yogi Adityanath’s decision to build a film city in Noida. Along with this, Kangana told which terrorists to save the industry.

Kangana tweeted, ‘I appreciate this announcement Yogi Adityanath ji. We need a lot of reforms in the film industry, first of all we need a big film industry called Indian Film Industry, which we divide based on many factors, Hollywood films get its benefits. An industry but many film cities. ‘

People’s perception that top film industry in India is Hindi film industry is wrong. Telugu film industry has ascended itself to the top position and now catering films to pan India in multiple languages, many Hindi films being shot in Ramoji Hydrabad 1/2 https://t.co/zB6wkJg1zX

Saqib Saleem said about Riya Chakraborty – she is my friend, so it becomes my responsibility to support her

In fact, during a recent interview, Kangana talked about the pressure of casting couch and female actresses in Bollywood. Kangana claims that no matter how successful a actress is, but if they want to do a film, they have to please the director or the actor.

Not only this, Kangana also told that some big superstars expect the actress on the set to behave like a wife with them.

Kangana said, ‘I do not say that I am generalizing everyone, but whoever I have met, A list, B list and big superstars. They all expect the actress to behave like a wife with them. The next film arrives, then the next hero arrives. This is true of Industree. ‘

Post Office Scheme: How to get 10 lakhs in post office for 50 rupees? This is the whole scheme