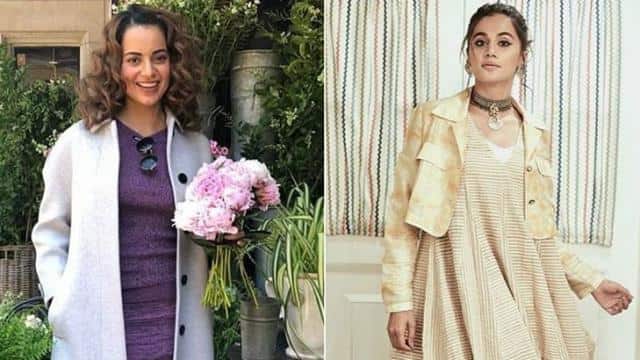 Kangana Ranaut’s social media team tweeted and wrote that both Mission Mars and Badla were mail dominated films. Taapsee has not given a single solo hit in her life, Kanika Dhillon. The entire left ecosystem is trying to cover up Murder of Sushant Singh Rajput. Sushant Singh Rajput himself complained about bullying and nepotism. Shame on you all. Nobody saved him but now attempts are being made to save his killers.

Kangana pridicted this in her interview, vultures will be out for her blood, needy, greedy, liberals with price tags on them and struggling B grade failed actors whose ambitions r beyond their worth n talent are all out attacking a single woman who raised her voice against Mafia ..

MissionM or Badla they are male dominated films, @taapsee never gave a solo hit in her whole life @KanikaDhillon n whole left ecosystem trying to cover up murder of SSR who complained about nepotism n bullying shame on you all no one defended him but defending his murders now. https://t.co/u3PASs22WQ

Significantly, there is a constant Twitter war between Taapsee Pannu and Kangana Ranaut. Both are saying things while aiming at each other. Are putting their side. Kangana Ranaut had earlier written that Sushant, who in his Instagram chat and interview has clearly stated that he was bullied. The movie is in the mafia industry, confirmed this. But since Kangana Ranaut started demanding justice for Sushant’s death, Taapsee, Richa and Swara started trying to remove themselves completely from this. Why?