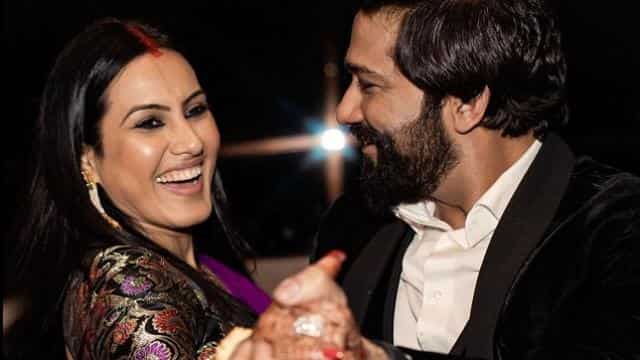 TV actress Kamya Punjabi married Shalabh Dong in February this year. The wedding photos of both were well received on social media. After dating for some time, the two soon decided to get married. Now a few months after marriage, Kamya has told some things about her husband. He told that Shalabh supports him a lot.

Speaking to Pinkvilla, Kamya said, ‘When Shalabh met me for the first time, he brought expensive earrings for me. I was shocked because the relationship I was in before never gave me even a single rose. I didn’t want to get such an expensive gift, but Shalab force me and I took that gift. After this, in the next meeting, I took AirPods for Shalabh.

On what he likes in the festival, Kamya said, ‘The first thing I like about him is his responsibility to the family. He is a good father. After this, what I like is that Shalabh understands my profession and it is a great support. Also, he loves me very much. ‘

Explain that Kamya had married Bunty Negi earlier, but both of them got divorced after 10 years of marriage. The two have a daughter named Ara who lives with Kamya. Shalabh also has a son. Both Shalabh and Kamya love children very much.

If you want to take benefit of Prime Minister Crop Insurance Scheme, then do this work before July 31