Jamaica Gives a Tough Defeat to the Us 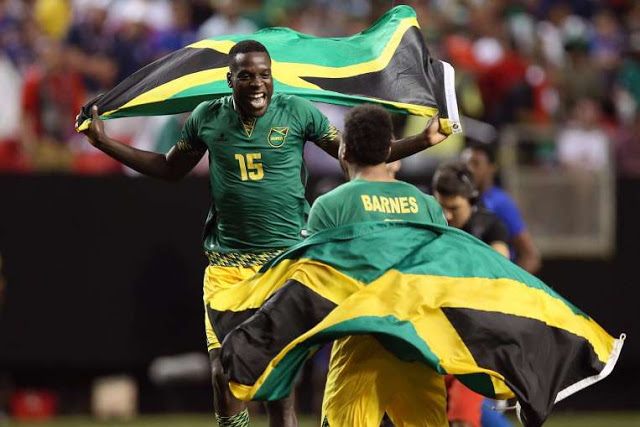 Jamaica crushed the defending champions the United States by scoring 2-1 during the CONCACAF Gold Cup (Confederation of North, Central America and Caribbean Association Football) on Wednesday night. After this enthralling win, Jamaica is touted as the first Caribbean squad to reach Gold Cup final.

The elated players are yet to sink in the reality of winning Gold Cup semi-final since Guadeloupe in 2007. Now, Jamaica’s Reggae Boyz will be seen competing with the six-time champion Mexico for the coveted Gold Cup on Sunday in Philadelphia.

The encounter between Jamaica and U.S. was quite challenging Jamaica’s Darren Mattocks scored the first goal in the 31st minute and Giles Barnes scored at the 36th minute. However, the US captain Michael Bradley managed to make only one goal at the 48th minute.

The gleeful Giles Barnes told a leading agency, ”My phone hasn’t stopped, as you can imagine. Back in Jamaica, there’s got to be a party going on. Everybody knows how we are.” It is a moment to rejoice for the island whose team was ranked 76th in the world. The US rank is 34th.

“We made history by getting into the final. It shows what this team is capable of,” Barnes added. While Jamaican coach Winfried Schaefer said, “We cannot have a party now. We still have one more match.”

“Congratulations to Jamaica on making to the final and we have to swallow that pill.”
Now that the US has lost its chance to be in the finals, it will be competing for the third spot with Panama.