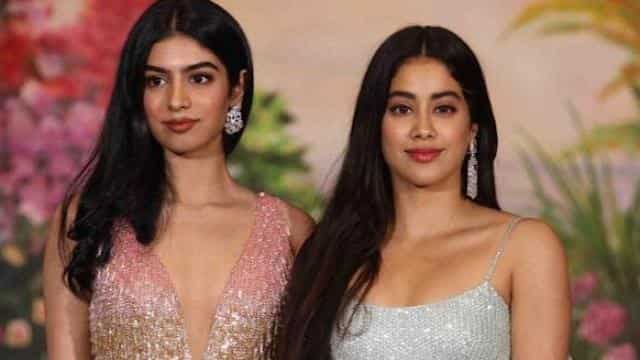 Jahnavi Kapoor and Khushi Kapoor are quite close to each other. Both sisters love each other very much. Now recently Jahnavi has told some things about happiness. Jahnavi told that even though she is older, more than her younger sister Khushi is responsible. Jahnavi said in an interview to Filmfare, “I am a little silly, but Khushi is sensible and protective”.

Regarding happiness, Jahnavi further said, ‘These days Khushi stays busy at Ticketcock. Suddenly she wakes up at 3 in the morning and starts making videos with makeup.

Jahnavi spoke about her upcoming films, “We have shot 40 percent of Dostana 2 now and Gunjan Saxena’s 20-day VFX work is still incomplete. Let’s see how long the work of films will start again.

Jahnavi these days is on a self quarantine with Papa Boney Kapoor and Khushi. Please tell that 3 house staff of Bonnie’s house have turned out to be Corona positive.

Earlier, Jahnavi Kapoor shared a message on social media on behalf of his father, in which he wrote that staying at home is a better solution for all of us. You guys also be safe.

Bonnie had said about this, ‘My children and the rest of the staff at home are fine. Neither of us has any signs of corona. I want to thank the Government of Maharashtra and BMC for helping us. We are following the guidelines given by the medical team and BMC.