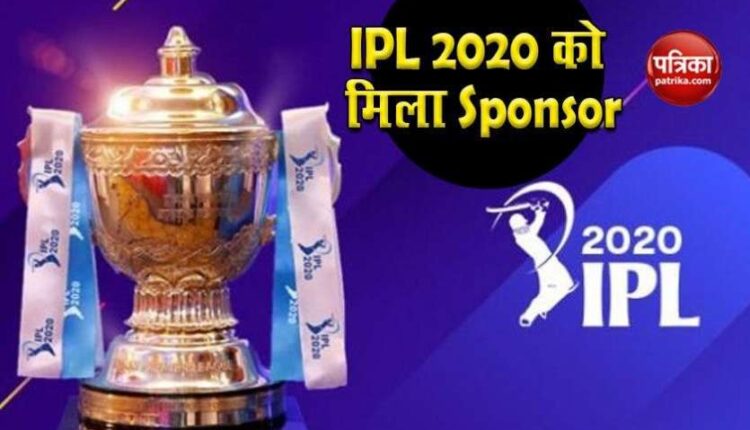 new Delhi. The BCCI’s search for the main sponsor for the world’s largest T20 cricket league, IPL 2020, is over. Its rights have been bought by startup company Dream XI (Dream11) for Rs 222 crore. IPL Chairman Brijesh Patel has given this information himself. According to media reports, applications for this sponsorship were sent to BCCI by companies like Tata Group and Unacademy. There was also news that Baba Ramdev’s Patanjali is also involved in the main sponsorship race, but after an official statement he distanced himself from the race. Let us tell you that the IPL is going to be held in UAE from the month of September. Which will continue till 10 November.

After Vivo, now Dream XI
Vevo had an agreement with the BCCI, but the whole country was angered by what Chinese intruders did to Indian troops in Galvan Valley. Boycott of Chinese companies and goods echoed the entire country. Because of which Chinese mobile company Vivo separated itself not only from IPL but also from Pro Kabaddi League. The company had a contract of around Rs 2200 crore with BCCI. Let us tell you that title sponsorship is an important part of IPL’s business revenue, half of which is distributed equally among all the eight franchises.

Left Tata group behind
The special thing is that this sponsorship was also applied by the Tata group, but BCCI chose this company after seeing the bids of Dream XI. By the way, apart from these two companies, education IT company Unacademy had also given expression of interest ie EOI. Dream XI is not a new name for the IPL. He has been associated with this league since 2018. Earlier, there were reports that Patanjali also wants to take this sponsorship. This was later denied by the company. On Saturday, yoga teacher Baba Ramdev had given a statement that Patanjali will come out only when no other Indian company is ready for sponsorship. There is no paperwork at the financial level yet.

Revenue halved
By the way, in terms of revenue, this contract was received for a year by BCCI at a loss of 50% only. Because according to the deal with Vivo, Vivo had to pay Rs 440 crore to BCCI every year, the current deal is just Rs 222 crore. This means that BCCI has lost 50% of its revenue. By the way, all these matches will be played on empty grounds. This is also one of the reasons there is low bid for this year.

After 30 years, you will get 4 crores, just have to invest here, know full information

Cash can be withdrawn from ATMs without debit cards, this facility is available in these banks