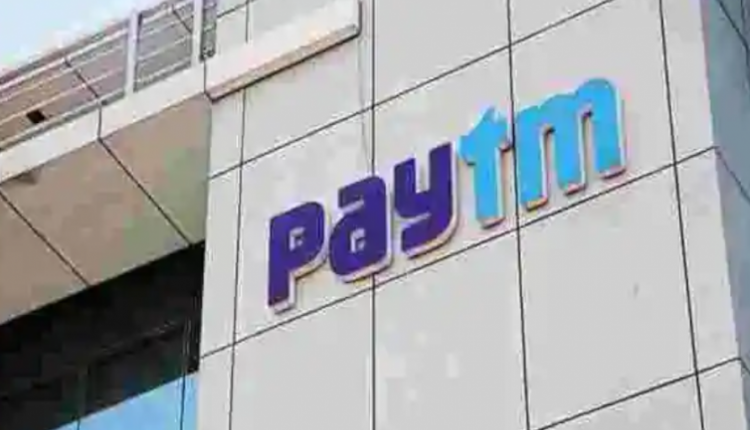 New Delhi. India’s leading digital payment company Paytm is aiming to raise about 22 thousand crore rupees or 3 billion dollars through an IPO later this year. It may be the largest IPO of the country so far. The startup has the support of many investors including Berkshire Hathaway Inc., SoftBank Group Corp and Ant Group Company. The company’s IPO is being planned to be listed in India around November. It can be introduced in the market around Diwali. Paytm’s parent company One97 Communications Ltd has estimated valuations of around $ 25 billion to $ 30 billion.

Paytm can break Coal India’s records
The Board of Directors of One97 plans to formally meet this Friday to approve the IPO. Paytm has now refused to answer any kind of question in this matter. If Paytm’s IPO is successful, the initial share sale of Paytm would break the record of Coal India Ltd, which raised more than Rs 150 billion in 2010 in the country’s largest ever IPO. According to media reports, Morgan Stanley, Citigroup Inc. and JP Morgan Chase & Co. have been shortlisted for Paytm’s IP. In which Morgan Stanley is the main contender. This process is expected to begin in late June or early July.

Emphasis on increasing revenue
Under the leadership of founder and CEO Vijay Shekhar Sharma, Paytm has been focusing on increasing revenue and monetizing its services for the past one year. It extends beyond digital payments to banking, credit cards, financial services, wealth management and digital wallets. It also supports India’s financial payments backbone, Unified Payments Interface or UPI.

1.4 billion monthly transactions
Paytm is facing stiff competition from a team of global players including Walmart Inc.-owned PhonePe, Google Pay, Amazon Pay as well as Facebook Inc.-owned WhatsApp Pay. However, Paytm has the largest share of merchant payments in India. As per the numbers in a recent company blog post, Paytm has over 2 crore merchant partners and its users conduct 1.4 billion monthly transactions. In a recent conversation, CEO Sharma said that Paytm had the best quarter so far in the first three months of this year, when epidemic-related spending boosted digital payments.

RBI is revising the growth rate estimates due to the second wave of Kovid, said this in the annual report