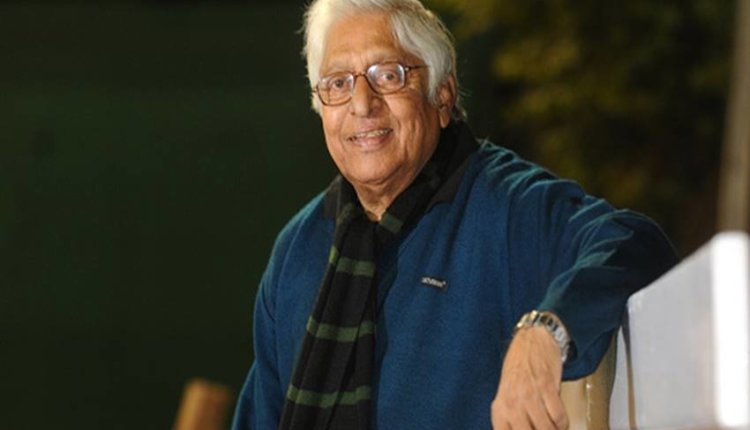 Atmaram Bhati
In the history of India, 30th April 2020 will always be a day to remember two heroes from different regions saying goodbye to the world. One is actor Rishi Kapoor, who won the hearts of everyone by his payment, and the other is footballer Chunni Goswami, who made Indian football a golden success in Asian Games.

Born on 15 January 1938 in Kishoreganj (now Bangladesh) in undivided Bengal, Chunni Goswami was fond of football from a young age. Seeing his passion for the game, Mohun Bagan added him to his junior team in 1946 at the age of just eight. Chunni also did not disappoint the club with his magical game and made it to the senior team in 1954. After this he played an important role in bringing Bengal and India to the golden period of their football so far with the club.

Dribbling wizard
Chunni Goswami continued to shine by looking closely at the guidance of his coach and the nuances of the senior players’ play in this club. The way in the field he was able to beat his magical dribbling, the miraculous qualities of keeping the ball under his control, and the speed of the players who were in the security circles of the opposing teams. It was certain that he would get an invitation to play in the country’s team soon. The time came in 1956 when he got a chance to play against the Indian team for the first time in a match against China’s Olympic football team in which India won 1-0.

After that, Chunni Da did not look back. He played a lot for the country in an eight-year international career from 1956 to 1964. He played 50 matches as a striker at the 1960 Rome Olympics, the 1962 Jakarta Asian Games, the 1964 Asia Cup and the Maderca Cup as an inside forward position, scoring 16 goals for India.

Made the country yellow
Chunni Da, who is known as a Gentleman, achieved the greatest achievement in his playing life, winning India a gold medal under his captaincy at the 1962 Asian Games in Jakarta. In the final of this competition, India won the gold medal by defeating South Korea 2–1 with the help of goals by PK Banerjee and Jarnail Singh.