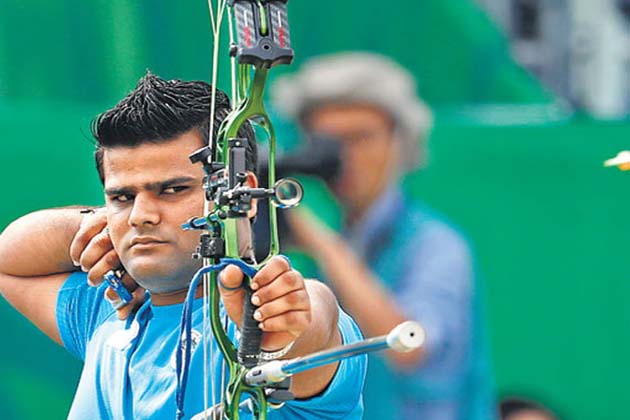 Denmark World Championship – Winning Indian players, returned this time with the joy of victory, which was seemed weary in the face of the whole team. World Championships silver medalist Rajat Chauhan from Rajasthan has created a history in compound archery. His individual medal in the World Championship is the first medal for India, but he could not hide his twinge. Rajat says, “I am so happy while I have qualms too. I have not won, I earned the silver medal because I was defeated.”

He also said, “Next time I will try to win the gold medal only then the shortfall will be fulfilled.” World Championship held in Denmark, Rajat Chauhan with 143 points in the final got defeated against Stephen Hansen with 147 points,

Coach Dharmendra Tiwari says probably Indian archery biggest difficulty right now is that the team’s bench strength is not enough. If Bench strength will be good only then players will not miss ten pointer shots during the last critical moments. He believes that at the moment the players are getting all facilities.

Olympian and two-time silver medalist in the World Championship Deepika Kumari also believes that she has received as many services requested by her from the SAI and the Federation. She also says that the next time in the Olympics she could bring better results with experience. Deepika, with great hope on his experience, is eyeing on the Rio Olympics