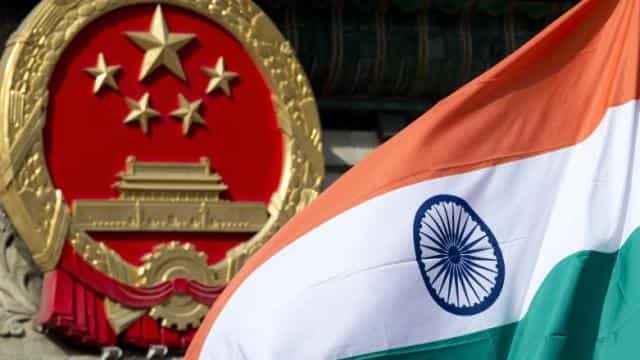 Trade between India and China has suffered a major setback due to the Corona crisis. Trade through the borders between the two countries has been affected. Sikkim had already banned trade through the Nathula Pass. There is currently no preparation for trade beyond the Uttarakhand border.

Experts say that India, which is badly affected by the Kovid crisis, could reach an even more adverse situation due to tensions between Chinese troops on the Ladakh border. However, it will affect China more. Because many countries angry with China are constantly discussing to increase trade and investment in India. America is at the forefront of this race.

China’s pressure is not valid for India, Dragon will get the answer in his language

Stop before Nathula Pass
In April, Sikkim Tourism Minister BS Pant announced that due to the Corona virus this year there will be no border trade between India and China through Kailash Mansarovar Yatra and Nathu La Pass. Border trade through Nathu La Pass in May, while the Kailash Mansarovar Yatra by this route was to begin in June. The Ministry of External Affairs organizes the yatra in June-September every year through two different routes, Lipulekh Pass (Uttarakhand) and Nathu La Pass (Sikkim).

There is no indication here, because of the Kovid crisis, there is no sign of business activity on the border adjacent to Uttarakhand. In the Dharchula area, preparations are made in May itself for the business to be held from June. Three border trading points between the two countries have been in a very important role to take the mutual business of India and China to the height. These include Nathu La Pass (Sikkim), Shipki La Pass (Himachal Pradesh) and Lipulekh Pass (Uttarakhand).

Preparing to give a befitting reply to China’s aggressive stance, India will not stop any project on LAC

General trade also affected, loss of billions
Sources said that normal trade has been affected due to Kovid. The supply chain was broken because of the ban on flights. Experts say that it is difficult to estimate the loss in business right now. But these losses can result in billions. Experts say that it is so clear that it is in a very bad state. However, business activity between the two countries through cargo continues. Sources said cargo, “maritime trade continues for limited and essential goods. Everything became very limited due to the Kovid crisis.”

Adverse effect
According to experts, the adverse environment created by China’s role in the Kovid crisis has also impacted trade. Taking it to normal level is a big challenge. Sources said it is difficult to maintain confidence in China at the moment. Therefore, the business affected due to Corona seems to be reaching a more adverse situation due to many other reasons.

Stress will also affect
Sources said that Ladakh remained in the Galvan valley and Chinese troops remained in the grip and the situation between the two countries was not normal, it could also have a direct impact on trade. On the other hand, due to the absence of any indication from the Ministry of External Affairs regarding the Kailash Mansarovar Yatra, this time there has been doubt about the visit. Usually the journey has to be done, so it is prepared well in advance and a meeting is also held.