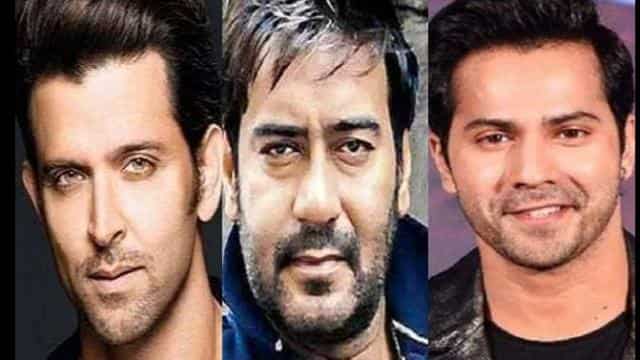 There was a tussle between the Indian and Chinese troops between border security in Galvan valley in eastern Ladakh. On Sunday night, news of at least 20 soldiers of the Indian Army martyred in violent clashes came to light. Confirming the news, the news agency ANI has said that it has been learned from the Indian side that the intercept has revealed that about 43 Chinese soldiers have been damaged. Many of these people have died. On the martyrdom of Indian soldiers, Bollywood celebs have paid their tribute to the martyred soldiers through social media.

Hrithik Roshan wrote, ‘My heart ached when I came to know about the lives in Ladakh and the unrest we are facing there. Our defense is huge at the ground level. My highest honor to those who were martyred while performing duty. Condolences and prayers to their families. Peace be to the departed and the living.

It leaves me with a heavy heart to know of the lives lost in Ladakh & the unrest we are faced with. Our defense stands tall on ground. My highest respect to the martyred in the line of duty. Condolences & prayers for their families. May the departed & living find peace 🙏🏻

Vicky Kaushal has written that I salute our brave men who fought courageously in the Galvan valley and made the supreme sacrifice to honor our nation. My heartfelt condolences to their families. Jai Hind.

I salute our bravehearts who fought bravely at the Galwan Valley and made the supreme sacrifice for the honor of our nation. My heartfelt condolences to their families. Jai Hind.

Yami Gautam tweeted, ‘Condolences to the families of our brave soldiers. We will always be indebted to this martyrdom of soldiers given for the security of the country. I pray for peace. ‘

Heartfelt condolences to the families of our brave soldiers who got martyred 🙏🏻We are deeply indebted to our Indian Army for their sacrifice and always upholding the security & integrity of the Nation. But really praying for peace & hope 🙏🏻
Jai Hind🇮🇳 #GalwanValley

Ajay Devgan wrote in his tweet that a salute to every soldier who sacrificed his life while protecting India’s borders and honor. Jai Jawan, Jai Bharat. Veer jawan.

Salute every soldier who laid down his life protecting India’s border & honor. Jai Jawan, Jai Bharat 🙏RIP Brave Hearts 🙏🙏
My thoughts are with your families during this hour.#GalwanValley #IndianArmy

Sonakshi Sinha, expressing her feelings, wrote, ‘We will always be indebted to you and all those who are putting their lives at stake for us. Deepest condolences to their families with the utmost respect. #will never forget’

We will forever be indebted to considering and all those who fight for us putting their lives at stake. With utmost respect, deepest condolences to their families. #neverforget pic.twitter.com/la7IQHvJZf

Actress Raveena Tandon wrote that Om Shanti, my brave brothers. Consoling their families. We will always be indebted. “Hrithik Roshan wrote,” I am heartbroken by the lives lost in Ladakh and the unrest we are witnessing. Our soldiers are posted on the border. My tribute to the soldiers who died on the border. Prayers and consolations for their families. may his soul rest in peace.

Om shanti, my brave brothers. Condolences to the families. We are forever indebted. 4 https://t.co/VzO62VHFM8