How did Sushant Singh Rajput prepare for his role? ‘MS Dhoni’ co-actor told 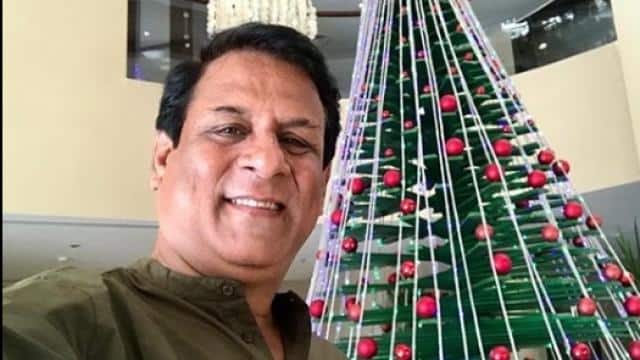 Rajendra Chawla, who worked in the biopic of Hendra Singh Dhoni with late actor Sushant Singh Rajput, is currently working on the show ‘Tera Yaar Hoon Main’. Recalling the shooting and his memories with Sushant, he said that he had met Sushant on the first day of shooting of the film and that day he spent many hours together. Sushant always set aside his character on the set. He kept thinking and for this reason he completely forgot himself on the set.

Rajendra Chawla says that I know Sushant as an artist only because I have done a film with him but if I had known him as a friend, I might have talked more about him. However, he told how Sushant used to talk to everyone on the set and try to maintain a loving atmosphere. Talking about the shooting in lockdown, Rajendra said that on the first day, there was a lot of fear on the sets, nobody was coming to talk to anyone. Even if someone was talking by mistake, the other person was not giving him good response due to fear. But this is not happening now.

Bigg Boss 14: Is Salman Khan charging so much for the entire season? Will be surprised to know

He further explained that now we are set in the new normal life. With this, Shweta Gulati, who plays Jahanvi Bansal in the show, said that I am a mother in this show and my son’s name is Rishabh. I am the mother with whom children share everything. The generation gap that is spoken is more between father and son, as the mother easily becomes the friend of her children. Father takes some time to become friends, sometimes he is not able to be.

Gas Cylinder Offer: Gas cylinder will get Rs 500 back on booking, just book like this

In this scheme of Post Office, the money will be double with the guarantee, there is no fear of drowning