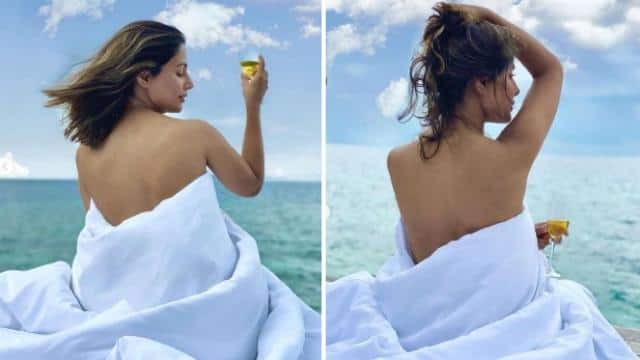 ‘Bigg Boss 14’ stormy senior Hina Khan is currently enjoying vacation in Maldives with boyfriend Rocky Jaiswal. Recently, Hina Khan has shared some of her topless photos which are becoming increasingly viral on social media. This time along with Hina Khan, her parents have also gone on vacation.

In a short time, more than six lakh likes have come on these pictures of Hina Khan. At the same time, millions of people are commenting and praising Hina’s beauty. Fans are calling Hina Khan hot.

This dance video of Jahnavi Kapoor will win hearts, viral on social media

Jacqueline and Asha Negi have done topless photoshoot
Earlier, Jacqueline Fernandes and actress Asha Negi also shared topless photos of themselves, which created a storm on social media. Photos of both of them started to go viral. Jacqueline’s photoshoot was the most hot fan. The fans were not tired of praising him.

Utility: can withdraw money from machine without ATM card, know how