Himanshi Khurana has become a victim of body shaming, said- people used to make fun of me 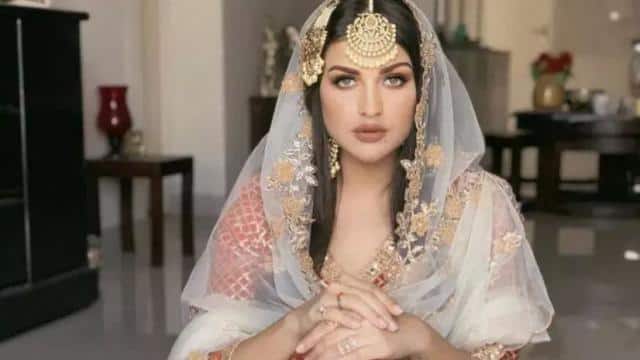 TV reality show ‘Bigg Boss 13’ Contestant Himanshi Khurana is in the news. People are very fond of his new song ‘Bazaar’. The acting and music video is quite interesting. Recently Himanshi gave relation with Asim Riaz, new songs released and some updates related to personal life. Himanshi told ETimes how people used to make fun of her when she was a bit fat. From trolls to body shaming on social media, blizzards have fallen victim.

Himanshi says that I troll a lot on social media. Used to be before Bigg Boss and I am also after. People have made fun of my body. I have PCOS. Those who do not know about it, go to the Internet and read about it. Many girls are struggling with this. Those who know about this will be able to relate it to me. During PCOS, your weight fluctuates. Sometimes it is increased too much and sometimes it is too much. My blood pressure also varies greatly. BP gets so low that I have to take three hours of oxygen. My manager gets upset when I don’t respond. My whole team takes care that when I am at home I do not have my phone. We have a rule that when we turn off the internet, we will not talk about work at all. Will do housework and talk with playing games. Just want to stay away from negative things.

Himanshi further says that I was trolled even during lockdown. Someone’s song was coming. People were telling me who I should follow and who not. My social media is whether I follow anyone or not, I have a personal account. I do not believe in digital relations. For the last 10 years I have been working in the industry. If someone needs to talk, he calls me or I do it. I do not need to follow anyone. If I follow only two people from the Punjabi industry, it does not mean that I do not know anyone or they do not know me. If someone’s new Punjabi song comes and he performs well then people start trolling me. And even if they don’t, they still troll me so that their mistakes can be hidden. Where is this rule?

Ranveer Singh Birthday: Ranveer Singh-Deepika Padukone’s love story no less than a fairy-tale, it was very difficult to impress the actress

Let us tell you that Asim Riaz and Himanshi Khurana are in discussion about their lovestory and breakup. On social media, there are reports that the two have separated. But Asim Riaz always clarifies that nothing has happened by sharing the post with the fans. Fans have called him as Asimanshi on social media since Bigg Boss. The duo’s pair is also a hit.

LIC will get pension in this special scheme throughout its life, this way can take full advantage