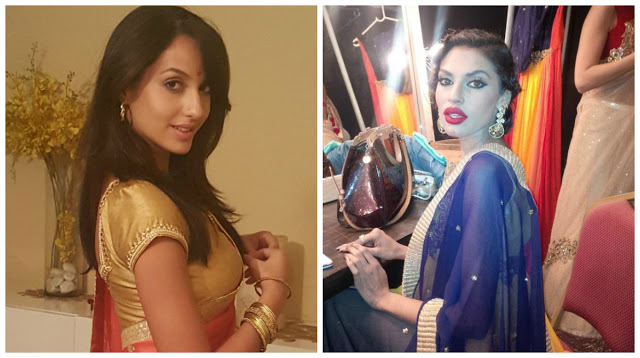 Six Wild Card Entries on the Show at the Moment. Will the Makers be Able to Spice up the Show?

The ninth season of Bigg Boss seems to be a season for wild card entries. While the reality show is still yearning for TRPs post completing more than 50 episodes, makers of the show are trying their best to make the show intriguing for the audience.

To add up glam quotient on the show, model-turned-actresses Nora Fatehi and Gizele Thakral are all geared up to enter the house as the fifth and sixth wild card entry. The earlier wild card entries were Rishab Sinha, Puneet Vashishtha, Kawaljit Singh and Priya Malik. The entry of the duo is likely to be aired on Monday.

About the wildcard entries…

Canada-born actress Nora Fatehi is not new to the industry. She rose to fame after featuring in blockbuster film Bahubali and Kick. Nora has also enacted in Bollywood film Crazy Cukkad Family and made a guest appearance in Mr. X.

She confirmed her participation in the show by tweeting, “”So I’m going in! Hoping for the best! Hope u guys will vote for me! God bless #biggboss9 #wildcardentry.”

The other contestant to enter Bigg Boss is a former Kingfisher calendar girl Gizele Thakral. This isn’t her first reality show. She has been a part of reality shows like Survivor India and Welcome: Baazi Mehmaan Nawazi Ki. Gizele also has two films in her kitty: Mastizaade and the third installment of Kya Super Kool Hain Hum.

Though the show has cut down around 15 minutes from the one-hour episode, nothing much exciting is left to watch. Reportedly, the dwindling TRPs are the reason behind the cut. Actor Akshay Kumar is all set to host a show with Salman Khan where he would grill the contestants with a few tough questions.

So, will the wild card entries be able to manage to develop a strong bonding with other contestants? Well, only time can tell.

Deepika Padukone to Make Her Hollywood Debut opposite Vin Diesel?