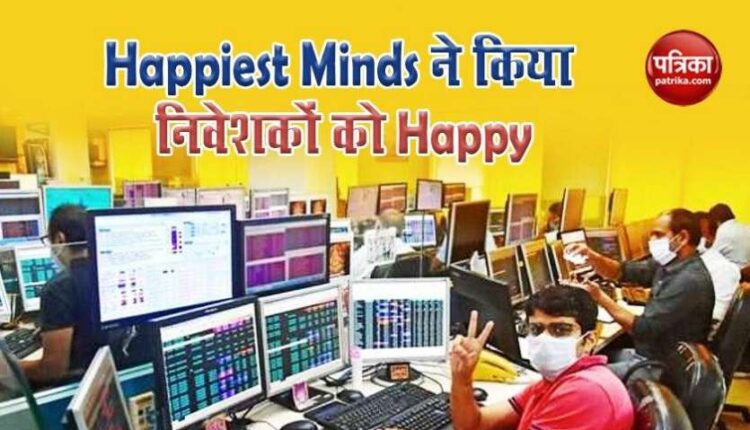 new Delhi. Today, Thursday, Happiest Minds was listed in the stock market and it made investors happy. Along with this, companies like IRCTC and DeMart also defeated in terms of returns. According to the data, the company’s stock was listed with a jump of 111 percent from the issue price. While the listing of big companies like IRCTC and DeMart was done with a 100% increase from the issue price. By the time of one o’clock in the market, Happiest Minds has become a company of more than 5600 crores.

Better than expected
The promoter of Happiest Minds Company is IT sector veteran Ashok Suta. The company received 151 times bids for an IPO of Rs 702 crore. In the gray market, Happiest Minds was trading at a premium of Rs 142-146. It was expected that its listing price could be 308 to 312 rupees. The company performed better than expected, giving investors a chance to be happy. Such performance of many companies is seen.

Performance of these companies in listings