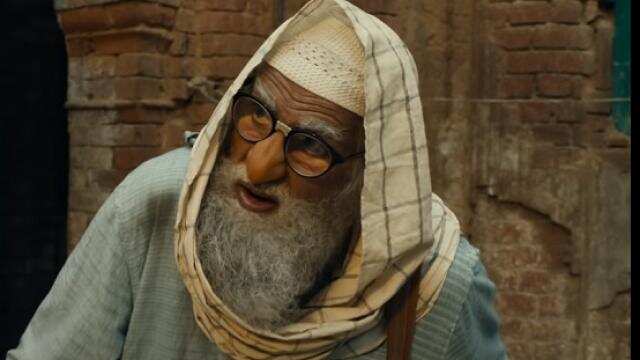 Amitabh Bachchan and Ayushman Khurana are in discussion about their new film Gulabo Sitabo. Recently the first song of the film, Jootham Throw, was released. Now its second song Madari Ka Bandar has been released. The song has been shot on Ayushmann and Amitabh.

In this song, Amitabh Bachchan, who plays Mirza, is looking very upset. In the video song, Amitabh Bachchan is seen circling the office to save the ancestral house. Ayushmann, on the other hand, is watching Amitabh’s actions. This song from the film is very beautifully threaded into music. The lyrics of this new song by Gulabo Sitabo are written by Dinesh Pant. Anuj Garg composed it. At the same time, Tochi Raina and Anuj Garg together have given their voice to the song.

It is worth noting that the film Gulabo Sitabo is being released on June 12 on Amazon Prime Video. Apart from Ayushmann and Amitabh, actors like Vijay Raj and Brijendra Kala will also be seen in important roles in this film. The story of the film is based in Lucknow. It will depict the fight between a tenant and a landlord in a light-hearted manner. The film is directed by Shoojit Sarkar.