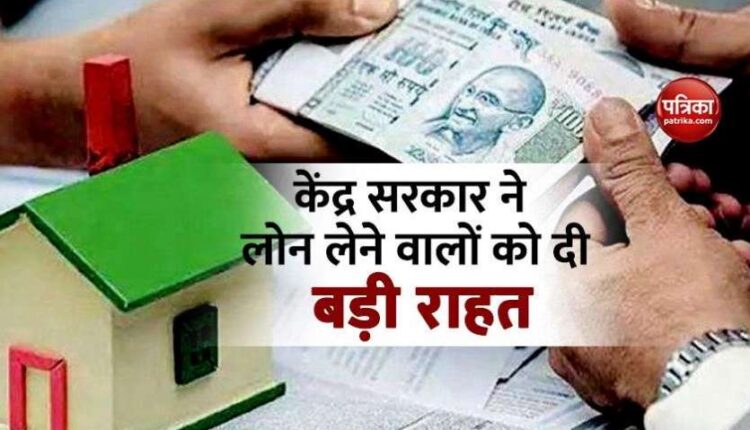 new Delhi. Amid Coronavirus Pandemic, the Central Government has given a big relief to the borrowers by telling a big news. The government has filed an affidavit to the Supreme Court that from now on, if the loan of MSME loan, educational, housing, consumer, auto, credit card is not given on time, then the compound interest on it will be waived. According to the government order, after taking a loan of up to two crore rupees in the loan moratorium time of 6 months, the interest which was charged on the interest will now be exempt. The Center has said that in view of the situation at the time of corona virus epidemic, the government will now bear the burden of tax exemption on taxpayers. Along with this, the Central Government has said that permission will be sought from Parliament for suitable grants.

What does it mean
Actually, this problem started after the arrival of the corona-like epidemic. Due to which the lockdown was implemented in the entire country in March. On the other hand, it has also made millions of people unemployed. Due to the shutdown of business, people started facing the biggest problem when they were exposed to the EMI of the loan taken. Which he was unable to repay. In view of such a situation, the government ordered the Reserve Bank of India (RBI) to give 6 months time for not repaying EMI from banks. But still this problem persisted. Now the biggest problem came over him that the EMI of the loan was not able to be repaid first, after that interest would be charged on it. Which was becoming a big burden for the customers taking loans. The Central Government has given this great relief in view of the same problems of customers. Now people will not have to pay extra money on interest charged on people. Such customers will pay only the simple interest of the loan.

Annapurna Yojana: Government is giving food grains in this state for 1 rupees without the opportunity to get wheat and rice

Anushka Sharma got angry after hearing about the incidents of rape, said – Raise boys right