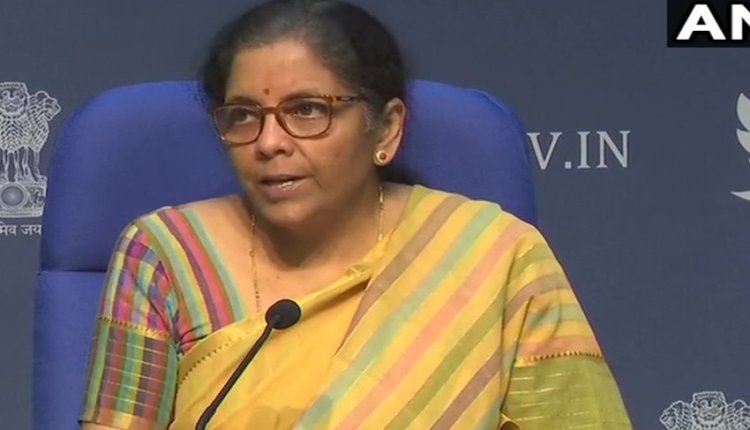 8 crore laborers will get free ration without ration card: All the workers who migrate for the next two months will get free ration. Workers who do not have ration card will be given 5 kg rice or wheat and one kg gram. Under this, the ration card holders were getting free food grains, which were announced earlier, but now they will be available without any documentation. This ration will be distributed by the state governments. This will benefit 8 crore laborers of the country, an amount of Rs 3,500 crore will be spent by the government on this.

One Nation, One Ration Card till March 2021: Only one ration card will run for the entire country. This will benefit 67 crore poor people of the country. This work will be completed by March 2021. This will provide great relief to the migrating laborers, who had to face the problem after the migration. Through One Nation, One Ration Card, workers will be able to get food grains from ration depots anywhere in the country.

Rental Housing Scheme for Laborers: The Rental Housing Scheme will be launched for the urban poor and laborers. These houses will be built through Public Private Partnership. In which laborers will be allowed to live. This facility will be provided to laborers at very nominal rent. Notification will be released soon on this. The scheme will be launched under the PM Awas Yojana. If the industrialists want to build on their own land, they will also be given help from the government.

ESI facility in institutions with less than 10 workers: Making a big announcement for the workers, the Finance Minister said that now employees of companies with more than 10 employees will also get ESI facility. Now health checkup of laborers will be done once a year. The number of MNREGA workers has increased by 40 lakhs. 2.33 crore migrant laborers have been employed in panchayats. MGNREGA wages have been increased from Rs 182 per day to Rs 202. Skill development of laborers will also be done. Apart from this, labor laws will also be changed.

2% discount on interest on Shishu Mudra Loan: Loans up to Rs 50,000 are given under Shishu Mudra Loans. Even after the expiry of the period of payment of installments, a relief of two percent in interest on these loans will be given for one year. An amount of Rs 1,500 crore will be spent by the government on this. So far an amount of Rs 1,62,000 crore has been released under this scheme. This decision will benefit 3 crore people.

Residents of street vendors will get Rs 10,000: Up to Rs 10,000 help will be given to 50 lakh people working in street work. 5,000 crore will be allocated by the government for this scheme. This scheme will be launched within a month. Apart from this, they will also get rewards for making digital payments.