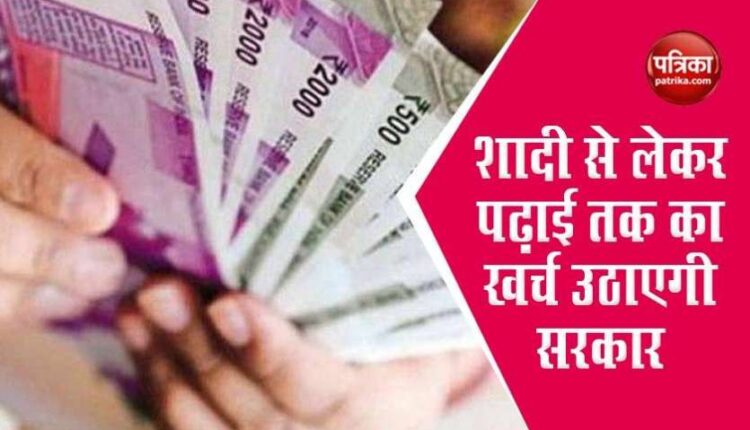 new Delhi. Many people have lost their jobs in the Corona period. At the same time, most people are working on 25000 or less salaries. If you also have low salary, do not take tension. Because for such people, Haryana Government has come up with a great scheme. Under which you can take advantage of many other facilities including Rs. 51 thousand from Ashandan of just Rs. 25.

This special scheme is being run by the Haryana government. In this, 19 kinds of facilities including education, writing, medicine and marriage will be provided by the state government. In this scheme, the workers will have to deposit from 25 rupees to more than 75 rupees every month in the government’s welfare fund. For example, if 25 rupees are deducted from the salary of a worker, then 50 rupees will be added on behalf of the company management. According to the government directive, it is mandatory to put a board of this scheme on the gate of every factory. So that workers can also take advantage of this scheme.

Will get help for daughter’s marriage
Under this scheme of Haryana Government, if a woman worker is about to get married, then she will be given Rs 51000. On the other hand, if the laborer has a daughter and she is about to marry him, then the government will give financial assistance of 51 thousand rupees in their marriage. Rupees will come to the account three days before the wedding.

Money will be given for studies
If boys and girls of a laborer continue their studies from class 1 to 12, then children will be given assistance of Rs 3000 to 4000 for purchasing school dress, copy book etc. If the laborer’s children study beyond 9th then they will get 5000 to 16000 rupees. Similarly, they will also be given separate financial support for sports.

These facilities will also benefit
1. Every five years, the government will give 3 thousand rupees to the workers who get salary of Rs 18,000 in the month. So that they can buy bicycles for themselves.

2. Women workers will be given Rs 3500 once every five years to buy a new sewing machine.

3. If an employee works for five years, then he will get the facility of Rs 1500 LTC (Leave Travel Concession).

This government company gave a gift of Diwali to its employees, a 6% increase in bonus