Gold is 9000 rupees cheaper even after being expensive by 500 rupees, know the price of fresh 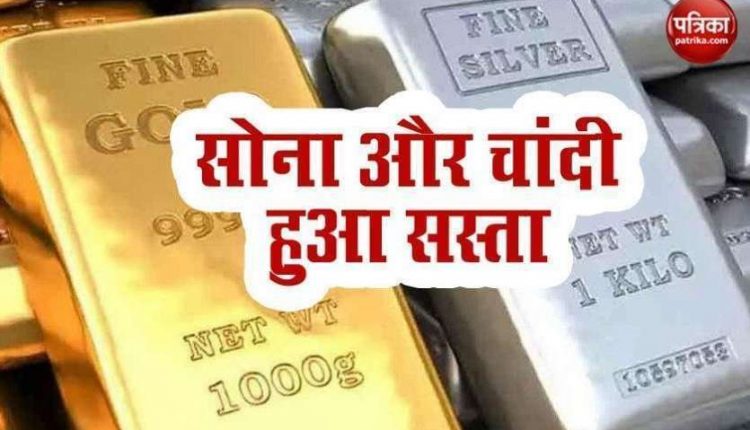 new Delhi. There is a continuous decline in the price of gold in India’s futures market. Last week saw something similar. The market fluctuated on Friday, but on the last trading day, gold rose by Rs 541 to close at Rs 47, 256 on the night. Which is about 9000 rupees cheaper than Rs 56191 in August 2020. While talking about the price of silver, there was a boom in it on Friday and it closed expensive by Rs 1900. Let us also have a chance to buy gold for those investing in the futures market.

Gold becomes costlier by Rs 500, silver also rises
On Friday, the last trading day saw a good rise in the price of gold and silver. Gold gained Rs 541 per ten gram to close at Rs 47,256 per ten gram. Whereas before that, there was a steady decline in the price of gold. At the same time, silver has become expensive up to 1900 rupees. After which the price has come down to Rs 68,738 per kg. According to experts, gold and silver may become more expensive in the coming days.

Also read: Petrol price in these cities including Delhi, Rs 160 per liter, know the price of diesel

Gold is still cheaper by 9000 rupees
On the other hand, gold is still cheaper by about Rs 9000 from the highest level. According to the data, gold reached Rs 56,191 per ten grams in the month of August. Which today came to Rs 47,256 per ten gram during trading level. At the same time, in the month of August, silver was at the highest level of Rs 79,980 per kg. Which came down to Rs 68,738 per kg during trading today. That is, silver has become cheaper by about 11 thousand rupees since August.

Now you can enjoy four wheel ride without buying a car, this scheme of Maruti is beneficial