Gold has become cheaper by Rs 1500 after the budget, know how many rupees cost today 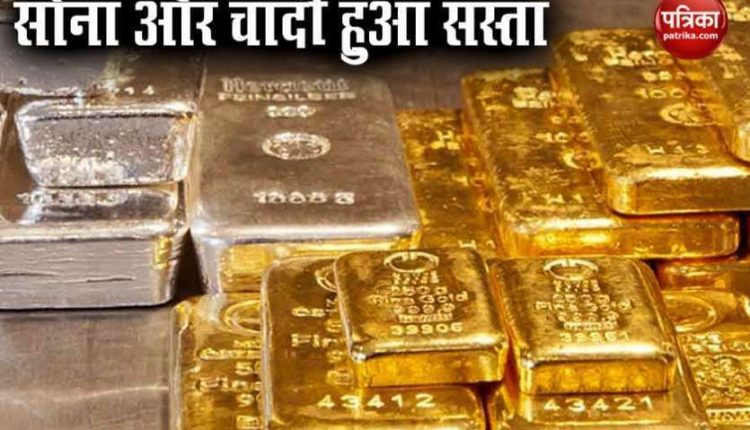 new Delhi. There was a tremendous fall in the price of gold on the budget day. While silver was over 7 per cent faster. After that, silver declined sharply on Tuesday and the price fell more than 6 thousand rupees. Today again, silver has become expensive not only in domestic futures market but also in foreign markets. At the same time, gold is trading at a flat level. In the US, where there is a rise of 3 dollars. While the domestic futures market is seeing a gain of 50 rupees. According to experts, the effect of lower customs duty is clearly visible. In the coming days, gold and trading at the same level can be seen.

Also read: Jeff Bezos will resign as Amazon CEO, this man will command

Silver in the domestic futures market
There is a rapid decline in silver. Silver had crossed the level of 74 thousand rupees on the budget day. After that, the effect of lowering of customs duty showed on Tuesday and the prices came down to Rs 67,500 per kg. That is, silver became cheaper by more than 6000 rupees on Tuesday. Today silver is once again seen to be expensive. According to the data, silver is expensive by Rs 720 per kg and is trading at Rs 68261 per kg. Whereas silver rose to a day’s high of Rs 69,147 per kg. Whereas silver started at a rapid pace today with Rs 68,048.

Also read: Ramdev’s bat in the budget made a decision, the benefit of Rs 2000 crores in three days