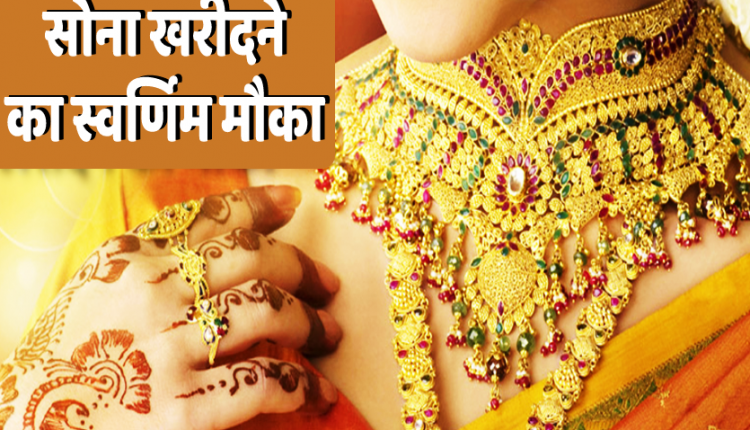 New Delhi. If you are planning to buy gold, then the month of March can prove to be better for you. Otherwise, you may get inflation in the next month. Experts believe that gold and silver demand is expected to increase with the start of the wedding season in India. Because of which, the price of gold and silver (Gold and Silver Price) can be seen. At the same time, due to no change in interest rates by the Fed Reserve, gold prices are expected to continue to rise. Currently, gold is seen cheaper by Rs 11500 per ten grams than its all-time high. At the same time, silver is also trading at a cheaper rate of Rs 13000 from its highest level.

Silver has also come down
Currently, silver is up by Rs 236 per kg in the Indian futures market at Rs 67,155 per kg.
Today, silver opened faster than Tuesday at Rs 66,930 per kg.
During the trading level today, silver touched an all-day high of Rs 67,179.
During the trading level, silver moved down to a low of Rs 66,879 per kg.
At present, silver has come down from its all-time high to about 13 thousand rupees at cheaper rates.
In the first month of August 2020, silver went on an all-time hike of Rs 79,980.

What do you know
Anuj Gupta, Vice President (Commodities and Currency Research), IIFL Securities, says There are signs of interest rates stabilizing from the Fed Reserve. On the other hand, due to low prices and weddings, the demand for gold is increasing. In such a situation, there may be an increase in the price up to Rs 2500 by the month of April.

At the same time, Ajay Kedia, director of Kedia Advisory, says that ‘Kovid is seeing havoc once again. Due to which the lockdown has started in some parts of the country along with many major cities of the world. Because of which investors can go from Safe Haven Investment. The effect of which can be seen in the price of gold and silver.

Not all banks will be privatized, employees’ interests will be protected: Finance Minister Nirmala Sitharaman