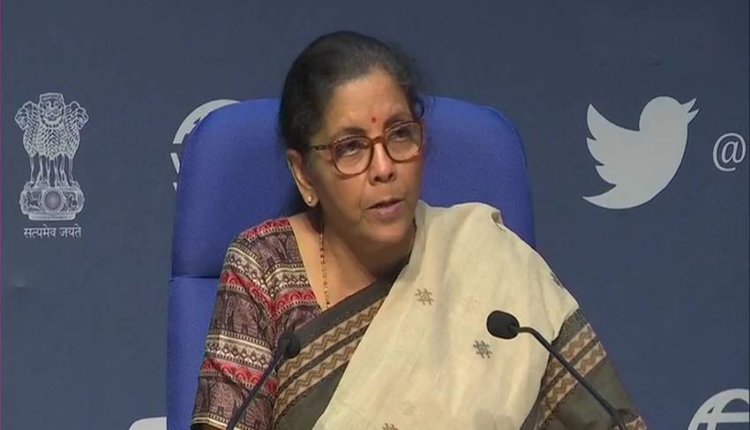 FM Nirmala Sitharaman Press Conference: Announcements related to the fourth installment of the Rs 20 lakh crore economic package announced by the Narendra Modi government on the Corona virus crisis and lockdown were made on Saturday. Finance Minister Nirmala Sitharaman has told journalists during this time that we have to be ready for rivalry.

There are challenges in many sectors, which require serious reforms. We also have to be ready for the challenge. By the way, the record of reforms is better. The efforts of PM Modi have been made keeping in mind the major reforms. According to the Finance Minister, “We have to focus on bringing investment as well as increasing employment.” During this, the Finance Minister told about 8 sectors which need improvement. Today we are going to focus on 8 sectors – coal, mineral defense production, airspace management, MROs power distribution companies, space sector, nuclear power. There is a need for improvement in these sectors so that the economy can be further strengthened.

He said that a project development cell has been set up in each ministry for coordination between investors and the central / state governments. The Finance Minister said that ranking of states is being done with a view to increasing competition to become attractive for new investments. Incentive schemes will be launched to promote new emerging areas in areas such as solar PV manufacturing and advanced cell battery storage. The location of 3,376 industrial plots, industrial estates and special economic zones (SEZs) on an area of ​​five lakh hectares is indicated on the Industrial Information System (IIS).

Self-sufficiency in defense sector also: Nirmala Sitharaman said that the need to be self-sufficient even in the defense sector. He said that the government would notify such weapons, commodities, spares in which imports would be banned and their indigenous supplies would be made. He said that the emphasis would be on Make in India in the defense product. He also said that the FDI limit in defense production has been increased from 49 percent to 74 percent. Ordinance factory will be listed on the stock market. Apart from this, he said that power companies will be privatized in the union territories. This will boost power generation.

Airports Auctions: The Finance Minister said that the government will auction 6 airports. The Airport Authority of India will do this. The Airport Authority of India has won 3 out of 6 airports contracts to develop the airport through a private partnership. 6 more airports will be auctioned soon. He said that restrictions on the use of Indian airspace would be reduced so that civilian flight would be more efficient. This will provide a total profit of Rs 1000 crore per year to the aviation sector. Also, he said that private sector investment in social infrastructure will be encouraged with the help of Rs 8100 crore Viability Gap Funding Scheme. Apart from this, the Finance Minister said that power companies will be privatized in the Union Territories. This will boost power generation.

To know more news related to Coronavirus / COVID-19 and Lockdown, click on these links: Why is the tax on alcohol important for the states? Know, what is its economics and who earned from UP to Tamil Nadu. 500 crore daily income from liquor, Kejriwal government imposed 70 percent ‘special corona fee’. After the lockdown, the guidelines prepared for the journey in metro and buses, know what rules have to be followed. In India, the number of corona patients is beyond 40 thousand, if you want to avoid the virus, then tie these 5 things. Ayurveda recourse in battle with Corona, approval for trial of Ayurvedic medicine.

In LIC Aadhaar Shila Policy, you can invest Rs 28 per day, 3 lakh 97 thousand

Decision to increase FDI in defense construction from 49% to 74%