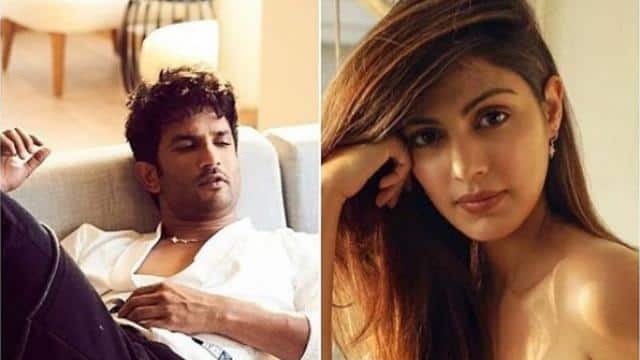 Every day new facts are coming out in Sushant Singh Rajput case. Meanwhile, Sushant Singh Rajput’s friend Smita Parikh has made a shocking reveal. Smita told that when she asked Siddharth Pithani on the phone, why did she not first call Sushant’s girlfriend Riya Chakraborty on June 14? According to Smita, Pithani replied that he had forgotten.

Speaking to Republic World, Smita said, ‘When I asked Siddharth Pithani on the phone that when you saw Sushant at the gallows, why not call Riya first?’ Smita further added, ‘Pithani replied that I had forgotten. Riya did not come to my mind. When Neetu Didi’s name came, I immediately called her. After that I called the police. I forgot to call him (Riya). ‘

Sushant case: Sandeep Singh’s manager told- why the producer talked to the ambulance driver many times

Smita said, ‘I found this (Siddharth Pithani) statement very strange when he said this. When you know about Riya and Sushant’s relationship and both were living together in the same apartment for several months. How can you not call Riya first? I know he is trying to save Riya. ‘

Accusing Riya of saving Riya, Smita said, ‘Pithani later told me that she is very happy with the Mumbai Police investigation. I was about to cut her call at that time. Then Riya’s call comes to my number waiting which was very strange. Pithani asked me to talk to her. How can two calls come at the same time? ‘

After all, why did the producer accuse Sushant Singh Rajput of cheating him, know the whole matter

Accusing Sandeep Singh of erasing evidence, Smita said, ‘Sushant’s family also wants Sandeep Singh to be questioned. Why did he get all the procedures done in haste on 14 June. Smita told that after coming to Sushant’s house, Sandeep Singh was giving directions to everyone.