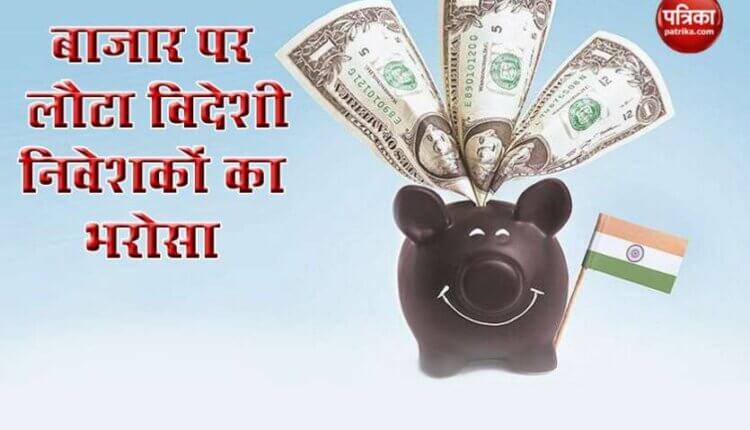 – Foreign Investors invested 26 thousand crores in Share Market in June
– During March, April and May, there were many withdrawals from Foreign Investers.
– Last seen in March 2019 was huge investment of foreign investors

26 thousand crores rupees came to market
Foreign Portfolio Investors (FPIs) have bought again in June after three consecutive months of selling for fear of the Kovid-19 epidemic. According to official information, FPI made a net purchase of $ 344.09 million or Rs 26,009.43 crore in the domestic capital market last month. Net buying is done by subtracting the amount of money that investors have withdrawn from the market from the money they put into the market. In the month under review, he bought shares worth $ 288.96 million while selling debt worth $ 20.43 million.

Foreign investors once again have increased confidence after February
For the first time since February, FPI has invested in the market. In March, he sold a net worth of $ 1,592.38 million. He withdrew $ 196.1 million in April and $ 97.25 million in May. FPIs have netted $ 1,399.91 million from the market in the first six months of this calendar year.

Gold prices cross 50,000, why are prices skyrocketing even in the financial crisis of lockdown?