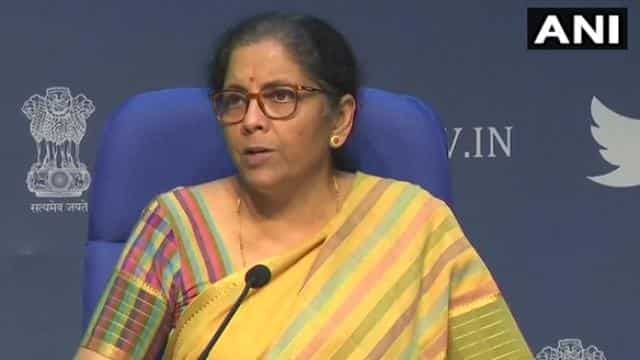 Finance Minister Nirmala Sitharaman on Thursday announced the second part of the Rs 20 lakh crore package announced by PM Modi. He said that under the Pradhan Mantri Awas Yojana, the government will bring a rental housing scheme for the migrant laborers and the urban poor. Homes will be built for rent on PPP model, in which they can live by paying less rent. With this, they will be able to stay in the city by paying less rent. Industrialists who build such houses on their land will be encouraged. This work will also be done in collaboration with the state governments. The government will help private companies to build houses. Affordable houses will be built on government land. Affordable rental complexes will be built.

The Finance Minister said that the government will give 5 kg of wheat or rice per person and one kg of gram per family without card to all migrant laborers for the next two months. This will benefit around 8 crore migrants. It will cost about 3500 crores rupees. The Central Government will bear all its expenses.

Subsidy scheme on housing loan increased by one year
Releasing the second installment of the relief package, the Finance Minister said that the subsidy deadline for the middle class on home loans under the Pradhan Mantri Awas Yojana has been extended till March 2021. In this, people with income between 6 lakh and 18 lakh are benefited. The scheme came to an end in March 2020.

Other important announcement
– Two and a half crore farmers, livestock and fishermen will get a loan of Rs 2 lakh through the Kisan Credit Card.
– Those who come under the purview of Mudra Shishu Loan will be given relief from interest. There will be a discount of 2% in the interest of those taking Mudra Shishu loan, the government will bear the expenses: Finance Minister
– We are going to bring the scheme of ‘One Nation One Ration Card’. For this, a target has been set till March 2021.
Rs 25,000 crore loan sanctioned to 25 lakh new Kisan Credit Card holders.
– Three crore small farmers have already taken a loan of four lakh crore rupees at a low interest rate.
– Finance Minister Nirmala Sitharaman said, in the second installment of the economic stimulus package, migrant laborers, hawkers and small farmers will get benefit.
– Interest subvention will continue for crop loans.
Finance Minister said that in just two months of March and April 2020, loans worth Rs 86,000 crore were sanctioned for 63 lakh people.
– 4200 crore rupees have been given to the states in the month of March for rural infrastructure development.
– Rs 29,500 crore has been re-financed by NABARD Bank to Co-operative Bank and Regional Rural Bank in March.