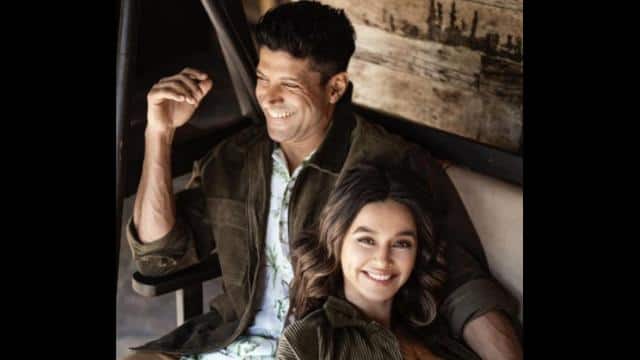 Farhan Akhtar is currently on vacation in Maldives with girlfriend Shibani Dandekar and daughter. Both Farhan and Shibani are sharing photos and videos from the vacation. Shibani has shared her photo with Farhan in which both are seen in the pool. While sharing the photo, Shibani wrote, My Happy Place.

Talking about Farhan’s professional life, he was seen in the last film ‘The Sky is Pink’. Priyanka Chopra was in the lead role with Farhan in the film. The film was a flop at the box office. Now Farhan will soon be seen in Om Prakash Mehra’s film Storm. The first look of this film was released a few days ago. The film stars Mrinal Thakur with Farhan in the lead role.

There is also news that Farhan can be seen playing the role of astronaut Rakesh Sharma on the silver screen. Rakesh Sharma’s biopic ‘Saare Jahan Se Achcha’ has been discussed for a long time. The names of stars like Shah Rukh Khan, Aamir Khan and Vicky Kaushal have appeared for the lead role in this film, but the thing could not be done. It is now being told that the makers have signed Farhan for this film.

It is believed that for the film, Farhan Akhtar can also work on physical transformation and can get training to become an astronaut. Earlier, Farhan has worked on his physics for the film Bhaag Milkha Bhaag.