Everyone is waiting for the decision of the Supreme Court on the Loan Moratorium, yesterday the Central Government had given its favor 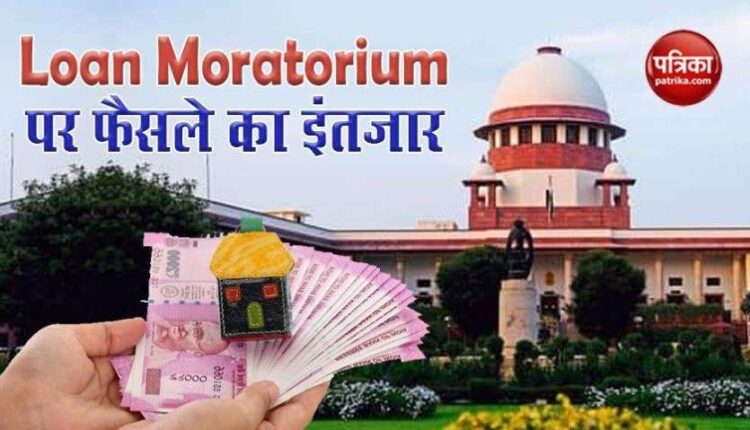 new Delhi. The case is going on in the Supreme Court regarding the loan Moratorium. This is the second consecutive day when the court is hearing. The petitioners’ lawyers are presenting their case. While Senior Advocate Rajiv Dutta has been told that banks are treating their customers as defaulters by charging interest, on the other hand Kapil Sibal has demanded that the interest of moratorium period of 6 months be waived. Let me tell you that the Solicitor General had informed the court yesterday that the loan moratorium can be extended for two years.

Behave like a defaulter
On behalf of the petitioners, Senior Advocate Rajiv Dutta stated in the Supreme Court that banks are engaged in treating their customers like defaulters by imposing interest on EMIs. While the exemption of not giving loan was given by RBI. In such a difficult time, banks are charging interest on the interest of giving relief to their customer. Which is completely wrong. On the other hand, Advocate Aryama Sundaram, on behalf of CREAI, said in the court that it is true that the NPA will increase, but at least give interest while giving relief to its customers.

Also read: Corona virus brought recession in this country for the first time in 30 years, know how much GDP has fallen

Interest on interest
At the Supreme Court, Senior Advocate Kapil Sibal said that the interest on the last 6 months EMI should be completely waived, only then the common people will get relief. In addition, Senior Advocate KV Vishwanathan, on behalf of CREDAI, said in the court that due to corona virus such situations have arisen. The Supreme Court should order the RBI to work under the Disaster Management Act.

Also read: You will be surprised to know about these benefits of electric vehicle, will save millions in a year

Banks gave moratorium of 6 months
In the era of Corona virus, when crores lost their jobs and salary was halved, the Reserve Bank showed softness in recovering EMI to provide relief. The Reserve Bank had asked banks to give loan moratorium, the duration of which has expired on August 31. During this time banks were also allowed to collect interest at the normal rate from customers. Now this facility may be extended for 2 years directly.

MMPS Yojana: 6000 rupees will be deposited in the account every year, take advantage of this scheme of the government in this way