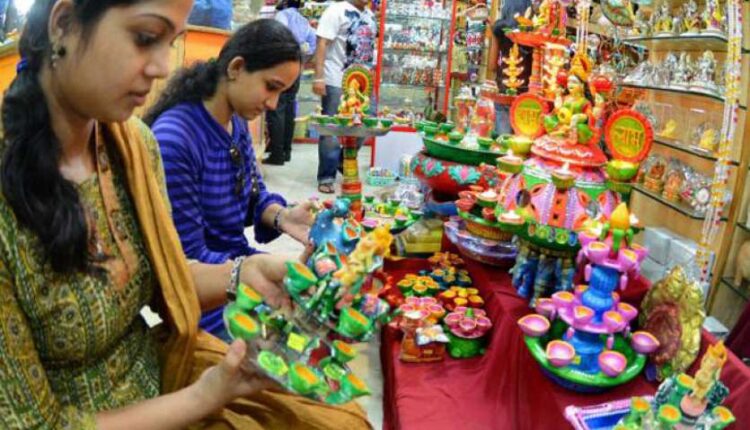 new Delhi. Due to the emphasis on the use of domestic products run by the Indian government and the anti-Chinese product campaign, China has suffered big losses before Diwali. This loss is about 42 thousand crore rupees. In Vasavat, shopping starts about preparations about a month before Deepawali. In which there is a high demand for Chinese products, but after the issue of Galvan Valley, the campaigns are being run by the government and business organizations, because of the campaign, the people of the country are hating about the Chinese goods. Now the purchase of goods made in India has increased.

Also read: Demand for vehicles increased before the start of the festive season, the number of vehicles sold in September

Most of the items of Deepawali comes from sugar
According to Praveen Khandelwal, General Secretary of Confederation of All India Traders i.e. on the occasion of Diwali, everyone uses Chinese goods to decorate their home from office to office. Even goods used in worship now come from China. At the same time, firecrackers coming to the country have also started coming from China. Because of which, on the occasion of Deepawali, a big market of Chinese goods has arisen in the country. At the same time, Chinese goods are being boycotted in India due to the dispute with China running in areas like Doklam, Ladakh, Galvan Valley.

Also read: Gold Rate: Gold became cheaper the day before the start of Navratri, know how much the prices were reduced

This kind of stuff comes from China
On the occasion of Deepawali, many types of goods come to India. Whose demand is also quite high. Including Fabric, Textile, Hardware, Footwear, Garments, Kitchen Products, Gift Items, Electrical & Electronics, Fashion, Watches, Jewelery, Household Items, Furniture, Burning Smoke Lights, Furnishings and Fancy Lights , Lampshades and rangoli etc. Even firecrackers in the country are being ordered from China itself.

Also read: India another blow to China, ban on import of air conditioner

Demand for indigenous goods increased
The Prime Minister of the country, Narendra Modi, is constantly campaigning among the general public about the use of indigenous goods. They say that the use of indigenous goods will increase the demand for our goods abroad. The effect of which is now visible. According to the national president of CAT, BC Bhartia, now the demand has increased in foreign countries also due to the promotion of indigenous goods by Prime Minister Narendra Modi. This year, Diwali-related items like diyas, lightning sticks, electric colored bulbs, decorative candles, similar decorations, venerable, rangoli and auspicious signs, gift items, worship items, clay statues and many more. Production has been produced by Indian artisans.

Now only Made in India AC will be sold, government banned import