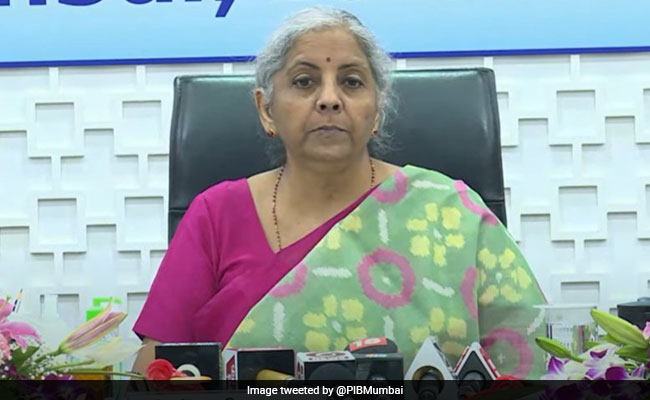 Finance Minister Nirmala Sitharaman, after her two-day visit in Mumbai on Wednesday, gave a statement on several issues by holding a press conference. During her visit, she met officials from the Confederation of Indian Industry, including CEOs and other officials of several public sector banks. In the meetings, the financial performance of banks and the steps taken by them to support the economy affected by the pandemic were reviewed. During this, the minister also launched a reform agenda EASE 4.0 Index for the financial year 2021-22 for reforms in public sector banks. He said in his press conference that the public sector banks did a good job despite the pandemic and during this time he came out of the Reserve Bank’s prompt corrective action.

Emphasis on promoting ‘One District, One Export Agenda’

He asked public sector banks to interact with exporters’ associations and understand their needs. He asked the banks to work closely with the states to take forward the ‘one district, one product export’ agenda. The Finance Minister also asked banks to support the financial technology sector.

Provided assurance to the employees of insurance companies

In fact, the government has passed the General Insurance Business (Nationalisation) Amendment Bill, 2021 in the Parliament in this monsoon session, which is being opposed by the trade unions of PSGI companies. After the passage of this bill, the central government can hold less than 51 percent stake in an insurance company, that is, it can be privatized.

Recently, Congress leader Rahul Gandhi is constantly targeting the central government for the monetary policy announced by the government. Gandhi had raised questions on the government’s National Monetization Pipeline (NMP) on Tuesday. When asked a question in this regard, Sitaraman said that ‘Does Rahul Gandhi know about monetization? It was the Congress that sold the country’s resources and received bribes in it. Congress government monetised Mumbai-Pune Expressway to raise Rs 8,000 crore, request proposal was invited for New Delhi railway station in 2008.