Diljit Dosanjh reached Singhu border to support farmers, said- the whole country is with you 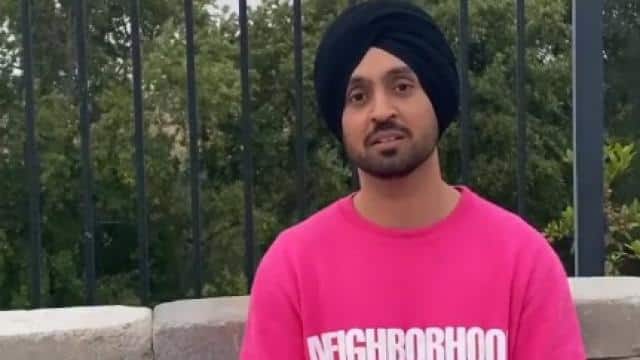 Diljit Dosanjh has been supporting the farmers movement since the beginning. Now Diljit addressed the farmers on the Singhu border. During this, Diljit said, ‘Our only request is that please make a demand for our farmers. All are sitting here peacefully and the whole country is with the farmers.

Dillijat further said, ‘Salutations to all of you, farmers have created a new history. This history will be told to the coming generation. No one can divert farmers’ issues.

“We have only one request to center..please fulfill the demands of our farmers. Everyone is sitting here peacefully & entire country is with farmers,” he says pic.twitter.com/H5ax67QsBX

Let me tell you that there has been a lot of controversy between Kangana and Diljit about an elderly woman in the farmers movement recently. Diljit started Kangana’s class.

However, the Delhi Sikh Gurdwara Parbandhak Committee (DSGMC) has sent a legal notice to the actress regarding Kangana’s tweets regarding farmers. In the notice, the DSGMC has asked Kangana to immediately apologize to the woman farmer, accusing Kangana of making rude tweets about the elderly woman farmer involved in the farmer movement.

Sirsa said that the language of Kangana’s tweet was rude, in which she wrote that such an elderly woman gets hundred rupees daily. Sirsa said that if Kangana failed to apologize in a week, then the Delhi Gurdwara Committee will take action as per law without giving any other notice.

Neha Kakkar remembers her old days when she saw a contestant, said – used to be nervous while performing on stage