Dilip Kumar was the first actor to charge 1 lakh for a film, leaving behind a wealth of 627 crores 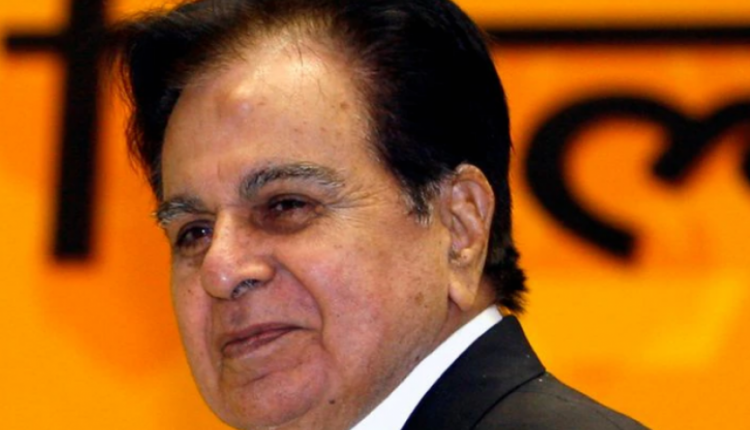 New Delhi. Veteran Bollywood actor Dilip Kumar aka Yusuf Khan said goodbye to the world today. He was an actor whose personal and professional life has always been in the headlines. But very few people know that Dilip Kumar has left behind property worth hundreds of crores. This morning he breathed his last at the age of 98. The veteran actor’s wife Saira Banu was by his side the entire time and was constantly giving his fans health updates.

As far as his last-minute wealth is concerned, according to Celebrity Networth, Dilip Kumar’s current assets are around $85 million, which translates to about Rs 627 crore in Indian currency today. That is, Dilip Kumar was a tragedy king as well as the owner of a huge property.

First artist to charge one lakh for a film

Actor Dilip Kumar was the first Bollywood actor who charged Rs 1 lakh for a film. In the 50s, charging one lakh for a film was a huge amount. His first film came in 1944. The name of the movie was Jwar Bhata. While the last film of his career was Qila, which was released in 1998. However, he signed another film after this, for which he got Rs 12 lakh. But that film never got made. In a film career of 54 years, Dilip Kumar did only 62 films.

Dilip Kumar did many memorable films in his long career. These include Devdas, Naya Daur, Mughal-e-Azam, Ram and Shyam, Kranti, Karma and Saudagar.

Dilip Kumar, popularly known as Tragedy King, also tried his hand in politics and he was once a Rajya Sabha MP from 2000 to 2006. He was awarded the Padma Vibhushan, India’s second highest award, and the Nishan-e-Imtiaz, the highest civilian award by the Government of Pakistan, for his contribution to Indian cinema.

Will be handed over with state honor-e-Khak

Maharashtra Chief Minister Uddhav Thackeray has announced that Dilip Kumar will be honored with a state funeral this evening. Meanwhile, fans of Dilip Kumar from India to Pakistan and America are paying tribute to him. These include Bollywood stars including PM Modi to Amitabh Bachchan, Salman Khan. Let us tell you that Dilip Kumar was born on December 1922 in Peshawar, which is today the capital of Khyber Pakhtunkhwa state of Pakistan.

Read More: When there was a stampede to see Dilip Kumar during the wedding, the stage of the bride and groom was broken