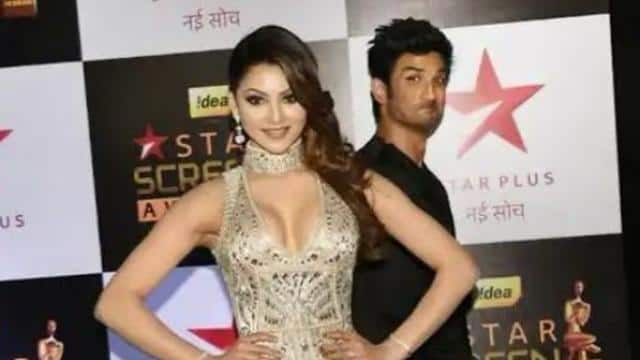 The trailer of late Bollywood actor Sushant Singh Rajput’s last film ‘Dil Bechara’ has been launched. Seeing Sushant laughing in the trailer, everyone’s eyes were moist. It still remains in trend on social media. Celebs are sharing the trailer of this last film of Sushant on social media. Fans are requesting that he make this film a hit. Meanwhile, actress Urvashi Rautela was asked by Live Hindustan in a special conversation, the first feeling that came to her mind after watching the trailer of Sushant Singh Rajput’s last film ‘Dil Bechara’.

To this, Urvashi said that I know that everyone has a loving memory about Sushant. Especially with his family and father in mind. The whole industry has lost. I loved the trailer when I saw it. But even before I could not see the entire trailer, I had tears in my eyes. It was a very emotional moment for me to see him. Sushant and I have so many messages on the phone. Sushant and I have been talked about a lot. In my mind his memory will remain that of an intelligent person. He loved science, I myself have also been a science student. I used to talk to him a lot on this topic. About engineering, about astronomy. I remember Sushant was a very happy kind of person. His mind was quite good. I remember one night there was a place in the party, maybe a lounge, in which he told that his favorite song is ‘Coca-Cola’. This is two and a half years old. I have a lot of happy memories with him and he will remember us as a very good person.

Let’s say that Urvashi shared the post on social media. In this, he shared the trailer of Sushant’s film. Urvashi wrote that I am watching this trailer with a broken heart. Let’s make this film a hit and also the most watched movie. Sushant, we all still miss you, will always do it. Writing this stuff my eyes are moist. You will always be in our hearts.

Sushant Singh Rajput used to love Bekatha from Ankita Lokhande, when he said in the video – there is no difference between love and living…

Earlier, actress Kriti Sanon also tweeted and reacted to it. Kriti became emotional after seeing Sushant on screen. Recalling Sushant, he wrote, “ Dil poor, it is going to be very difficult for me to see this. But how can I not see it? With this, Kriti has created a broken heart emoji. After Sushant’s death, his last film has made everyone emotional. Kriti Sanon has also expressed her feelings via tweet.

Apart from this, Sushmita Sen wrote a post on social media after seeing the trailer of Sushant’s film ‘Dil Bechara’. He wrote that for the fans of Sushant Singh Rajput, he was very lucky that you guys got his love. Not only as an actor but also as a lovely person. I wish I could have known him more, I wish I had a chance to work with him. I wish one Sush had a chance to celebrate those secrets of the Universe with another Sush. Perhaps we both would have had a chance to talk about why we like number 47. Dil Bechara’s trailer is awesome. Many congratulations to the team. My love to Sushant’s family, friends and loving fans.

BSNL is giving earning opportunity to its customers, know how to avail