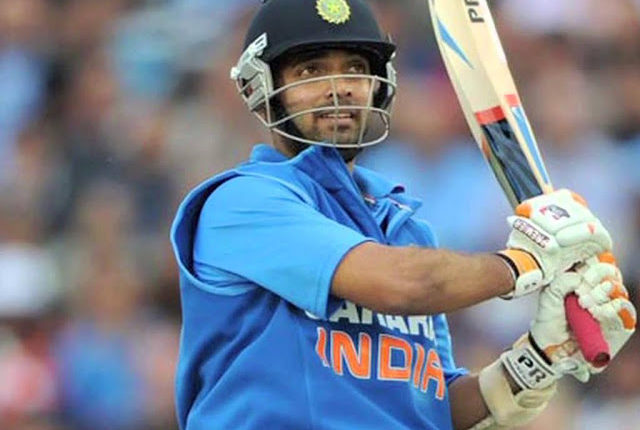 The Indian team got another one-day captain. Mahendra Singh Dhoni is taking rest Ajinkya Rahane is made team’s new captain. After losing ODI series against Bangladesh. The captaincy of Dhoni was strongly questioned. Although many former cricketers defended Dhoni and his captaincy, but Dhoni was blamed for the defeat.

After losing the first match against Bangladesh, India captain Mahendra Singh Dhoni made three changes to the team in which Ajinkya Rahane, Umesh Yadav and Mohit Sharma were kept out in the match. Criticism spread for making Ajinkya Rahane out of the team since a long time he was one of the team’s most successful batsmen.However after the second match Dhoni said was deciding 11 players is his job. Rahane was removed from the team so because he does not play well on a slow wicket. Sources claims that Kohli was also enraged on Rahane being laid out.

Now, the getting the new team captain for team India is being seen as a major shift. After losing the series against Bangladesh, Dhoni himself took the responsibility for the defeats and also said to remove him from the captaincy. Dhoni, such a statement Indian team discussions had begun.In the presence of Rahane Indian team did extremely well. Rahane, who play for the Rajasthan Royals IPL team proved himself as star batsman.

The veteran off-spinner Harbhajan Singh today returned after four years to the ODI team. The selectors selected a second-level team players for the tour of Zimbabwe next month while several senior players are given rest. Wicketkeeper batsman Robin Uthappa returned to the ODI team, pacer Sandeep Sharma and spinner Karan Sharma- will be in the team led by Anjiky Rahane.

Opener Murali Vijay, Ambati Rayudu and Bhubaneswar Kumar are among those senior players who have been selected for the tour. BCCI secretary Anurag Thakur announced the team after a meeting of the selection committee. For quite some time there has been battling injuries for Manoj Tiwary returns to team. They had benefited from the absence of senior players.

Selection committee chairman Sandeep Patil told reporters, the Indian team did not perform well in Bangladesh. We also have to think about it but ahead of us. Keeping 2016 Twenty20 World Cup in mind, we have selected the team. He said, we have selected the best team of the World Cup and also in keeping in mindi about series for future or whether Sri Lanka tour or home series against South Africa or Australia T20 World Cup series, we have decided to give rest to some players, which was badly in need of relaxation.

India against Bangladesh earlier this month, had lost the three-match series 1-2. Indian team has Harbhajan Singh, Patel and Karan Sharma as three specialist spinners for Zimbabwe. The pace department responsibility is given to Bhubaneswar Kumar, Mohit Sharma, Sandeep Sharma and Stuart Binny. Patil said, Harbhajan who returned to the Test squad to tour Bangladesh, we can not say that it is for a long time but in the last series, Harbhajan’s performance given the opportunity and he deserves this tour. He said selectors’ job is to choose the best available team. The rest depends on the management team. Once we have selected the team, then selecting XI is captains work.

The responsibility of batting team department will stay on Rahane, Vijay, Rayudu, Tiwari, Manish Pandey and Kedar Jadhav.Most senior players such as ODI captain Mahendra Singh Dhoni, test captain Virat Kohli, opener Shikhar Dhawan, Rohit Sharma, off-spinner Ravichandran Ashwin etc. were rested for the series. Patil on Rahane about handing the captaincy, his career is moving the way we are happy with him. He continued to perform well among the Indian batsmen and we also want to see their other abilities. So we gave them this opportunity and we will continue to support them.