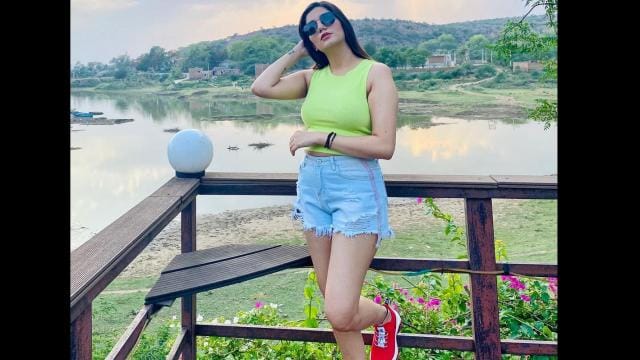 Sapna Chaudhary, the Haryanvi dancer who is known to be the desi queen, is enjoying stardom today, but there was a time when she decided to join this profession in compulsion. She could not even study after 12th due to economic crisis. In an interview, Sapna Chaudhary told that life was changed after the death of her father in late 2008. According to Sapna Chaudhary, she used to show all night and go to school in the morning due to adverse economic conditions. She slept there many times instead of going to school in the morning. Sapna Chaudhary said that her mother was so strict about school that she used to ask her to go to school when she returned from the show at 6 am. He said that I had studied only till 7th class, but after that I could not go regularly.

If Sapna Chaudhary does not play the song on DJ, she is beaten to death

Not only this, the teachers of the school also helped him a lot. According to Sapna Chaudhary, her notebooks were also with the boys and they used to complete their work. Many times they used to get irritated that she never comes to school and we have to complete the work. According to Sapna Chaudhary, she used to do shows throughout the night and used to come to school in the morning. In such a situation it was difficult to go to school and she would fall asleep. Even while returning from a show from Jind in Haryana, he was brought up by an alcoholic.

Sapna Chaudhary said about that incident and said, ‘My mother and I were once coming to Jind to do a show. The bus was completely empty and I slept on a seat. But an alcoholic from behind was eating candy and throwing it at me. He kept doing this for hours and then I got up from it upset. I did not even tell my mother that he was teasing me because she would get distracted by it and say quit this job. What would she have done if she had not been involved in dance and singing? In response to this question, Sapna Chaudhary said that I had caught this line under compulsion. During that time there was not so much money that I could even pay the school fees. If my father had not passed away and the situation had not been the opposite, I would have tried to become an IAS.