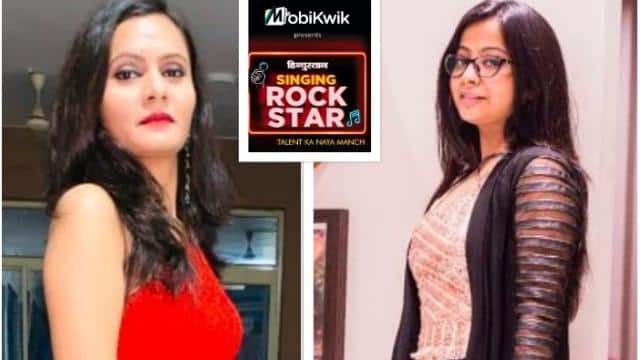 In the ‘Hindustan Singing Rockstar’ competition for the last three months, Deeksha Verma got the first place in the Senior category. Purnima Dixit Shreya has been declared the winner in the junior category. With this, the wait for the last three months is over. Legendary singer Kailash Kher, who joined the competition as a judge, has announced the winners of the senior and junior categories. This online competition was launched in August. Its theme was to search for the future Kailash Kher. There was a flood of contestants as soon as the audition was announced.

The contestants had to create and upload their own 90-second video on a single song from a list of 20 selected songs. Thousands of strong-sounding contestants sent their entries to us. Out of these, the shortlisted artists got a chance to participate. Then came the day of the Grand Finale going through a tough fight. There was tremendous enthusiasm among the contestants to make their online appearance in front of celebrity judge Kailash Kher. There was a fierce competition here. Purnima was the winner in junior category. First runner-up was Aastha Lohar and second runner-up Ana Zaiman. There was Judge Choice Adya Mishra. Deeksha came first in the senior category. First runner-up Soumya Mishra and second runner-up Nandan Barua were the judges and Ashish Pal was the choice.

The age of 12 to 18 was decided to participate in the junior category in the competition. Participants who were over 18 years of age were placed in the senior category. After registering for the contest, participants had to send their recorded song through WhatsApp or Twitter. All entries were screened by experts from Kailash Kher’s team and RJ of Fever FM 104. The winner of Hindustan Singing Rockstar has received a reward of Rs 50,000, while the first runner-up has received Rs 25,000 and the second runner-up has received Rs 15,000.

The final winner of ‘Junior Rockstar’ in the youth category has been awarded Rs 21,000, while the first runner-up and second runner-up have received Rs 15,000 and Rs 11,000 respectively. There was also a People’s Choice Award of Rs 10,000 in this category. The winners will get a chance to showcase their talent in a live performance with a famous Bollywood singer at a music concert organized by Hindustan Times Group. The runners-up will get a chance to participate in a jamming session on Fever 104 FM.

Women workers can get 51 thousand rupees with labor card, learn the easy process of making the card