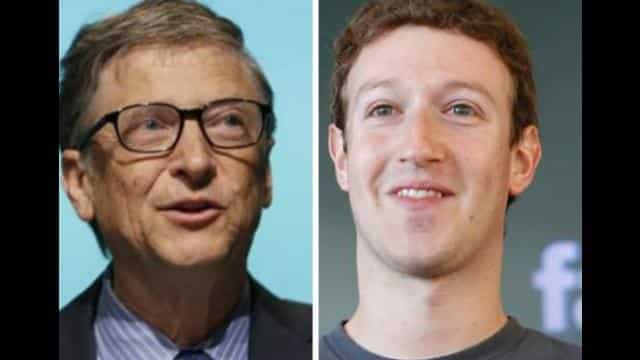 Millions of American citizens have lost their jobs in the Kovid-19 epidemic, while the wealth of the country’s billionaires has increased by a total of $ 434 billion. Amazon CEO Jeff Bezos’ assets grew by $ 34.6 billion. Facebook CEO Mark Zuckerberg’s wealth increased by $ 25 billion. The top five US billionaires – Jeff Bezos, Bill Gates, Mark Zuckerberg, Warren Buffett and Oracle’s Larry Ellison – grew by $ 75.5 billion, or 19 percent, in total assets.

According to the Americans for Tax Fairness (ATF) and the Institute for Policy Studies (IPS), “America’s billionaires have grown economically, while the rest of America was closed during the first two months due to the corono virus epidemic.” IPS program director Chuck Billins and co-author of the ‘Billionaire Bonanza 2020’ report on this inequality said, “The increase in wealth of billionaires during a global epidemic underscores the uneven securitization.”

Between March 18 and May 19, the total wealth of more than 600 American billionaires has increased by $ 434 billion, or 15 percent, based on a group analysis of Forbes data. During the same projected period, over 3.80 crore working Americans lost their jobs. At the same time, about 1.5 million Americans were infected with the virus and about 90,000 people died.

Brazil is number 2 in the world due to Covid-19 infection, highest number of cases in America

At the same time, there has been a sudden jump in the number of corona virus cases in Brazil, and a total of 330,098 cases of corona virus have been found so far in the country. With this, it has come second in the world in terms of infection, while the US is still in the first place. On Friday (May 22), Corona virus-positive 20,803 new cases have been reported in Brazil, while the death toll from the virus has risen from 1,001 to 21,048, according to news agency Effe.

Currently, according to the latest data from Johns Hopkins University, America ranks first in the world with 1,600,782 cases and 95,972 deaths. The state of São Paulo in Brazil has the highest incidence of corona virus. So far 76,871 people have been found positive with the corona virus, while the death rate from this virus is 30 percent.

Trouble between the Center and the state, borrowing between the Corona crisis, Sushil Modi said – this is not logical at all