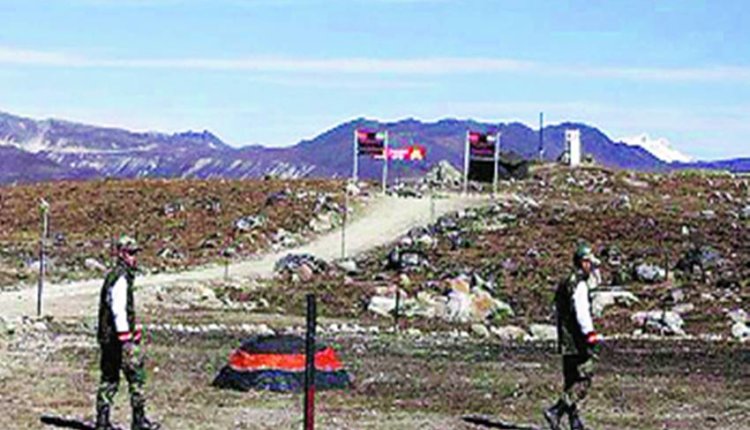 The reason for the confrontation between the Indian and Chinese troops in Naku La is attributed by military experts to Gilgit-Baltistan’s pull and the possibility of obstruction in the Chinese road project. On the other hand, Nepal has come out in protest, accusing India of interfering in the project on the road that has been constructed on the Mansarovar Yatra route up to Lipulekh.

Both these new chapters of diplomatic warfare have opened. In contrast to the ‘Wuhan sentiment’ which is spoken between India and China, there was a scuffle and stonewalling between the soldiers of India and China in Naku La sector of Sikkim. Military experts are linking this incident to the action taken on India’s Gilgit-Baltistan. India has recently started issuing weather bulletin of Gilgit-Baltistan of Pakistan Occupied Kashmir and has told Pakistan that the area is Indian.

The reason for Naku La can be understood by looking at the Gilgit-Baltistan exercise from the perspective of China’s Sino-Pakistan Economic Corridor project. After this project, China will direct its cargo to Gwadar port by land. From here Chinese goods will be sent directly to Africa and other parts of the world. With this, China will not have to send goods circling the countries of Southeast Asia.

In the opinion of international affairs expert Qamar Aga, ‘This clash with China in Sikkim is a response to the latest step taken by India towards Gilgit-Baltistan. China wants to complete its economic corridor at any cost. In the era of the Corona crisis, work on the Chinese project is going on very fast. Seeing the crisis over its project, China has taken provocation action in Sikkim. China describes Sikkim as its territory and there has been a longstanding dispute between the two countries. China tried to send a message to India that our answer to PoK is Sikkim. ‘

On the other hand, Nepal’s recent opposition to the Mansarovar Marg project is said to be close to China. Recently the defense minister Rajnath Singh has inaugurated the road up to Lipulekh. Nepal claims that in this project India has occupied 19 square kilometers of land in Nepal.

The case in Nepal is so hot that dozens of protesters gathered in front of the Indian Embassy in Kathmandu. India’s defense minister Rajnath Singh inaugurated the 90-km road through a video link. This road connects Ghatiyabagarh in the state of Uttarakhand to the Lipulekh Pass in the Himalayan region. However, on the objection of Nepal, Indian Foreign Ministry spokesman Anurag Shrivastava said, “The road which has been inaugurated in Pithoragarh district recently falls entirely in Indian territory. The Border Roads Organization has completed the road construction work from Dharchula to Lipulekh. This road is famous as the Kailash Mansarovar Yatra Marg. This road will connect the border villages by road for the first time.

The Kailash Mansarovar pilgrims will be relieved from the difficulty of this 90-km long route and the trains will be able to go to the Chinese border. Dharchula-Lipulekh Road is an extension of the Pithoragarh-Tawaghat-Ghatiyabagarh route. The road starts from Ghatiyabagarh and ends at Lipulekh Pass which is the gateway to Kailash Mansarovar.

Nepal claims that the Lipulekh Pass is its territory. Nepal is citing the Sugauli Treaty of 1816 in favor of this claim. Nepal says that the Sugauli Treaty determines its western border with India. The area east of the Mahakali River, which includes Limpiyadhura, Kalapani and Lipulekh, are areas of Nepal under the treaty. Nepal also claims the Kalapani area adjacent to the Lipulekh Pass and is strategically important. However, Indian soldiers have been stationed in Kalapani since the India-China war of 1962.