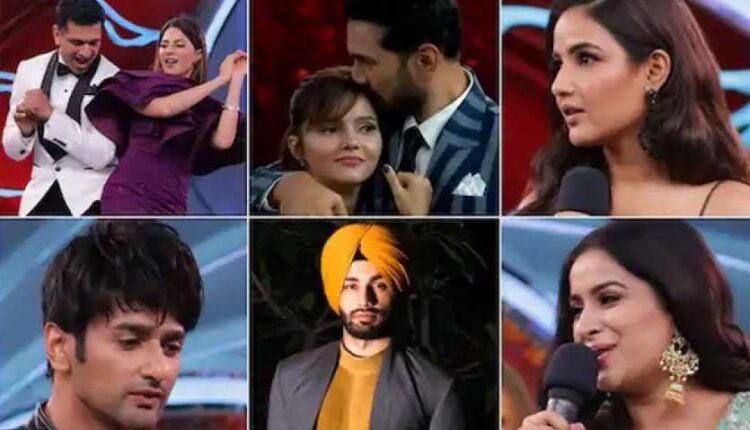 new Delhi. More than two weeks have elapsed since Bigg Boss 14 started. In these two weeks, two juniors and three seniors have bid farewell to Bigg Boss. In such a situation, it is useless to talk about these five people, but if we talk about those who are left, then many shocking things have come out. Especially his salary (Bigg Boss 14 Contestants Salary). Which they are getting in Big Boss on a weekly basis. At present, you can also say that the highest salary among juniors who have entered Bigg Boss is the contestant who recently complained to Bigg Boss about the show’s host and superstar Salman Khan. At the same time, the highest salary in the entire show was that of the person who won the previous Bigg Boss season and has now left the show. We think you have now understood who we are talking about.

Rubina Dilac is getting the highest amount
After the exit of all the seniors and two juniors, 9 contestants are present in the Bigg Boss house. Among them, Rubina Dilac is the member who is getting the highest amount in Big Boss. They are being given 5 lakh rupees per week. While her husband Abhinav Shukla is getting only 1.5 lakh rupees per week. Rubina Dilac recently complained about Salman Khan to Bigg Boss. Rubina did not like one thing about Salman Khan, after which she told Bigg Boss about leaving the show. Later, Rubina changed her mind on the persuasion of Himanshu and Bigg Boss.

Salary of these people who were out of the show was also revealed
At present, besides the three seniors, two juniors have bid farewell to the show. Firstly, if we talk about seniors, Siddharth Shukla was given 64 lakhs or Rs 32 lakhs for two weeks, which was the highest in the entire show. After that, Hina Khan was paid 25 lakhs per week and Gauhar Khan was paid 20 lakhs per week. Apart from these three, two juniors have also dropped out of the show. Which includes the names of Sara Gurpal and Shehzad Deol. 2 lakh rupees per week was being given to Sara Gurpal. While Shahzad Deol was being paid at the rate of 50 thousand rupees per week.

Railways opens treasury for more than 11 lakh employees, will get so much bonus before Diwali